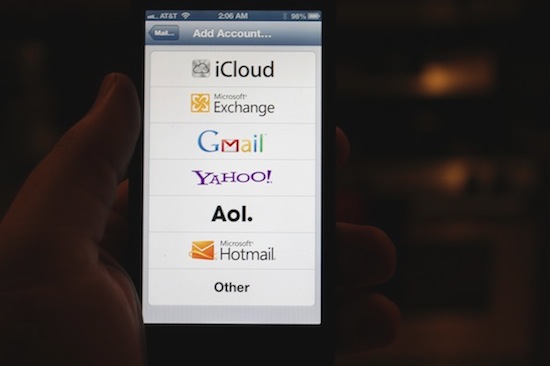 Brace yourselves, Gmail account syncing is about to get a lot less convenient for iOS and other non-Android devices. The Mountain View company just announced that as part of its ‘Winter Cleaning’ initiative, it will be ditching support for the Exchange ActiveSync protocol next month.

What’s Exchange ActiveSync? Well it’s an XML-based protocol, developed by Microsoft, that allows the synchronization of email, calendar, contacts, and other data between servers and mobile devices. And at this point, it’s the only way to get native Gmail push notifications on your iPhone…

But unfortunately, come January 30th next year, you’re not going to be able to use it. Here’s the announcement from Google’s blog post:

“Google Sync was designed to allow access to Google Mail, Calendar and Contacts via the Microsoft Exchange ActiveSync® protocol. With the recent launch of CardDAV, Google now offers similar access via IMAP, CalDAV and CardDAV, making it possible to build a seamless sync experience using open protocols. Starting January 30, 2013, consumers won’t be able to set up new devices using Google Sync; however, existing Google Sync connections will continue to function. Google Sync will continue to be fully supported for Google Apps for Business, Government and Education. Users of those products are unaffected by this announcement.”

So basically, Google Sync will continue to work for users who already have it setup, for the foreseeable future at least, as well as those who have paid for a Google Apps account for business, government, or education. But starting in January, new users will have to use IMAP and xDAV.

I have multiple Gmail accounts, and sync both my contacts and calendar through the service. So needless to say I’m not thrilled with the news. I have been thinking about moving everything over to iCloud though, and this may be the push I needed. We’ll see how this whole thing pans out.

For those of you who don’t use the ActiveSync protocol to set up your Gmail, you’ll be just fine. You’ll still be able to setup your Gmail account on your iPhone through the main Mail, Contacts and Calendar screen in your Settings app.