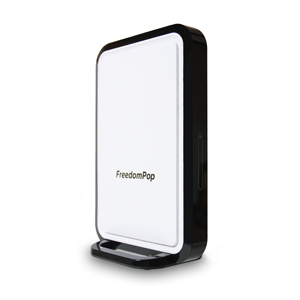 The way things are now, fourth-generation cellular networks already match – and often top – data speeds offered by your home’s typical DSL broadband connection. So why not just replace your broadband line with a wireless 4G router?

Enter FreedomPop, a startup backed by Skype founder Niklas Zennstrom, whose new device dubbed the Freedom Hub Burst ups the ante by giving away one gigabyte of 4G data free of charge, each month. Those needing more data will pay fair prices.

Plus, it’s a no-contract device and it supports up to ten wireless or Ethernet devices simultaneously, which should cut it for a typical Apple-branded home comprised of a few Mac or Windows PCs, iPhones, iPads and iPods…

The cute-looking gizmo brings broadband to your home by way of the WiMax service powered by Clearwire. And, because it’s a no-contract affair, the Freedom Hub Burst comes without commitments so you can cancel the service anytime.

According to AllThingsD, a $10-per-month plan offers enough additional data “to meet the typical consumer’s needs”.

FreedomPop notes that home plans include up to ten gigabytes per month of data.

FreedomPop says the home router will deliver far faster speeds than Clearwire’s mobile devices and that FreedomPop will only offer service to addresses where the company can deliver speed equal to or faster than those offered by DSL.

The publication also notes that the broadband plan is “a gateway to also offer additional services, including VoIP calling”, among other things. 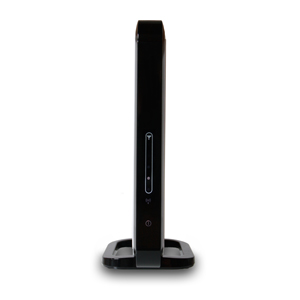 The device itself costs $89.

Pre-orders have begun and shipments will be delivered in February.

This should be a great option for typical users who only need a couple of gigabytes of data in any given month. Contrast this to an average DSL broadband contract that sells for north of $40 per month, or more than $500 a year.

At any rate, the Freedom Hub Burst service should drastically reduce the per-gigabyte cost of a typical household, excluding data-hungry users who consume a hundred or more gigabytes each month.

FreedomPop made a name for itself with a $99 iPhone case with built-in WiMax modems and free data, providing non-LTE devices such as older iPhones with speedy cellular connectivity.

FreedomPop also announced back in July that it will switch from Clearwire’s WiMax network to Sprint’s LTE network by the end of 2012.

That’s a prudent move considering that WiMax is slowly but surely being phased out by most major carriers and broadband providers, in favor of faster options.

So, would you be willing to consider this option as a replacement for your DSL service?