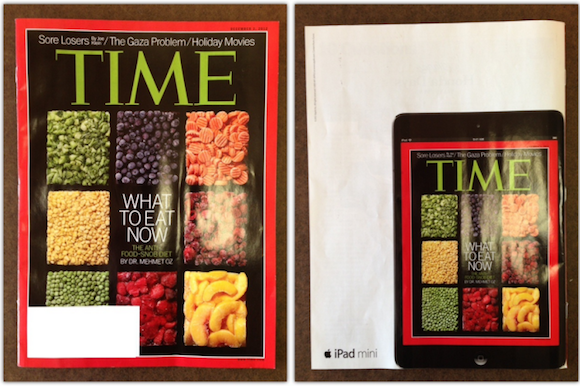 It seems like Apple’s been on a bit of a marketing blitz over the past few months. We’ve seen new iPhone and iPad mini commercials, a new Best Buy spot, and even animated online ads. And now they’ve moved on to print.

Some new Apple ads have been discovered running in popular magazines like Time and The New Yorker that feature the iPad mini, illustrating it as a substitute for traditional magazines thanks to its size and Newsstand… 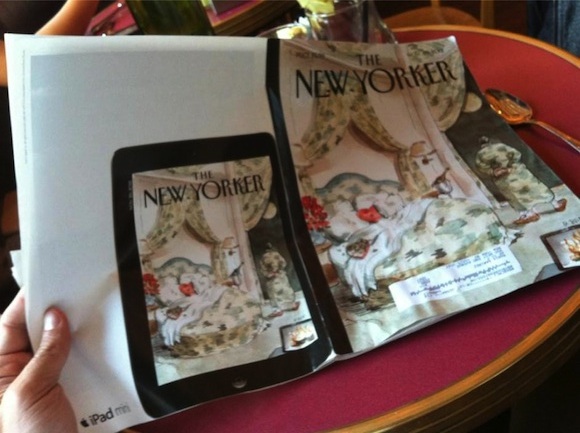 The ads, which you can see above courtesy of 9to5Mac, show readers that their magazines are available in digital form on Apple’s new mini tablet courtesy of its Newsstand portal. It also highlights their differences in size.

It’s actually a pretty clever advertising strategy, and comes just in time for the holidays. Although the mini appears to be selling well, analysts are skeptical if that will continue due to its lack of Retina display and higher price tag.

The ads could also help breathe some life into Apple’s struggling Newsstand platform. Thus far, the digital magazine hub has not been the disruption it had originally hoped for.

What do you think of the ads? Clever?