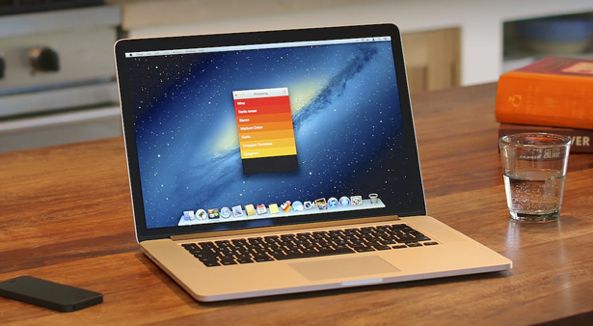 Two more great apps are making a jump from the Mac to the iOS platform and vice versa. Clear, a simplified and lively personal to-do list which debuted on the iPhone, is now available for the Mac, bringing with it gestures-based interface and classy animations the iOS version is known for.

Fantastical, an awesome calendar and to-do list Mac app, is hitting iOS soon. Neither program feels like a dumbified port, which is a good thing, but what both of these apps are truly about is tight iCloud integration which makes possible smooth, worry-free experience that just works…

Flexibit’s Fantastical is just a fantastic piece of work.

This nifty calendar/reminders replacement uses natural language engine to parse your entries, allowing you to just type in full sentences to create events. Say you received an email invitation from a friend saying “Lunch tomorrow at 1pm at McDonald’s on Fifth Avenue”.

Just hit your defined Fantastical shortcut combo to bring up the charming menu bar interface, paste that sentence and watch Fantastical work its magic. Of course, it integrates with other popular apps, including the system Calendar and Reminder apps, Entourage, Outlook, Google and Yahoo!.

Fantastical’s rather steep $20 price will probably put off most users from taking the plunge, but that’s OK – it’s clearly not for casual use.

But for those who are strapped for time and have no patience clicking their way through multiple panels and dialog boxes in OS X’s Calendar and Reminders apps, Fantastical is Godsent.

It’s become an indispensable part of my productivity toolkit. I use Fantastical to enter my daily and weekly errands in form of reminders and set calendar entries related to upcoming product launches, events, future write-ups and everything in between.

As you can imagine, I’m eagerly anticipating the iOS version of Fantastical (register your interest here), but certainly have my share of doubts as well. For starters, calendar, reminder and to-do apps are plentiful on both the iPhone and iPad.

That would really be something. 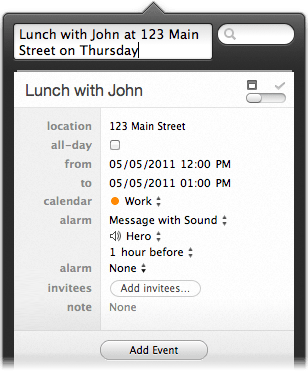 As for Realmac Software’s Clear, I’ve been using its iOS version for personal to-dos that feel out of place for  the stock Reminders app. I’m talking grocery, shopping and wish lists to organizing my thoughts effectively and outlining the basic structure of upcoming featured stories for iDB.

Following yesterday’s iOS update with iCloud integration and more, Clear is now also available on the Mac for a special one-day intro price of seven bucks.

Clear isn’t an iOS app ported to the Mac. Like Tweetbot, Due, Reeder, and many other iOS-first apps of this new software era, Clear is an app that, in its transition to OS X, has been reworked with consistency and familiarity in mind.

Consistency with the app it originates from, so to make users familiar with the interface; consistency with native OS X elements, leveraging familiarity with the platform as a tool to bring users up to speed quickly.

Again, it’s not for everyone, but if you’re big on personal to-do lists that are cleverly integrated across all your devices, with great gestures support, it’s definitely worth considering.

To me, both these apps are really about iCloud.

In fact, iCloud has quickly become the killer feature for me.

The brilliant timeline sync via iCloud in Tweetbot has been a real eye-opener for me.

Another example: Camera+, my favorite go-to photography app which was recently released for the iPad, along with iCloud features to keep all your photos and edits in sync across devices, no matter on which iOS device they were taken and touched up (I’m also keeping my fingers crossed for a Mac version).

It’s gotten up to the point where I can no longer imagine my daily computing without iCloud sync. Call me a spoiled brat, but all I want is that my apps and docs be in perfect harmony across desktop and mobile, without any effort on my part.

As more and more Mac apps expand onto the iOS platform, and vice versa, iCloud is the glue binding it all together into a seamless experience that just works. That’s why I’m looking forward to Clear making a leap to the Mac and Fantastical adding an iOS client.

While you might not be a huge fan of Clear or Fantastical, I’m sure you too appreciate how iCloud bridges the gap between desktop and mobile, across all your devices.

I’m curious to learn about your favorite iCloud-enabled Mac and iOS apps.