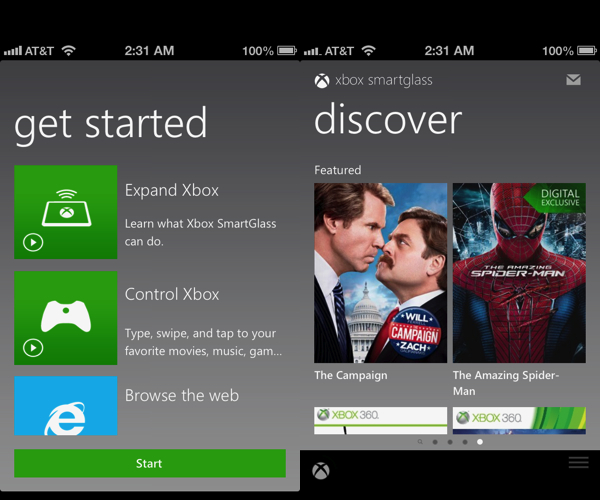 Last year, Microsoft released an Xbox companion app on iOS that allowed you to access your Xbox LIVE account, chat with friends and customize your avatar. It later added movie playback controls.

But if you thought that was cool, wait until you see this. Microsoft has renamed the iOS app to Xbox SmartGlass, and has given it a laundry list of new features. And it’s now available in the App Store…

Some of the app’s notable features:

The SmartGlass app is gorgeous — expectedly similar to that of Windows Phone 8, and it’s easy to pair with your Xbox 360. Just make sure that you’re logged in and SmartGlass Apps are turned on.

I’m actually kind of digging the web browsing feature via Internet Explorer for Xbox. It’s fast, and zoom gestures are fairly fluid. The in-game content thing looks cool too, but I haven’t tried it yet.

Unfortunately, the app isn’t optimized for the iPhone 5. But that shouldn’t stop Xbox owners from at least trying this out. If you’re interested, you can find Xbox SmartGlass in the App Store for free.