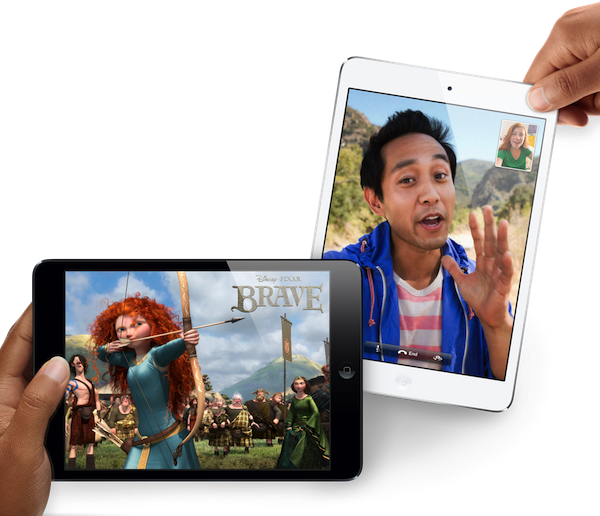 Moving to blunt criticism over the iPad mini display, a rumor out of China asserts that AU Optronics (AUO) is working on building a crisper Retina screen for the next iPad mini with the same 326ppi pixel density as the iPhone 4/4S/5. AUO is one of the suppliers Apple sources display panels for the iPad mini from. The need to offer a Retina iPad mini was allegedly pressing enough to bypass the usual waiting period before providing sharper display…

According to SlashGear’s take on a report by the Chinese-language site DoNews, the new display also utilizes technology designed to allow for the iPad mini’s smaller footprint. AU Optronics reportedly will employ indium gallium zinc oxide (IGZO) and Gate IC on array (GOA), according to the website MENAFN.

IGZO is required for the Retina display’s uber-sharp resolution, while GOA allows Apple to provide a wide screen within the mini’s smaller size.

Soon after the iPad mini was released, reviewers questioned Apple’s decision to not offer a Retina display, comparing the screens of Amazon’s Kindle Fire  and Google’s Nexus 7 tablets more favorably.

Apple is understood to have made this trade-off because putting a Retina display inside a smaller, cheaper iPad would be cost prohibitive. Additionally, the company wanted all iPad apps to work out-of-the-box with the iPad mini, which would not have been possible had Apple introduced a new screen resolution for the device.

AUO also reportedly has cured another complaint of the mini’s display: light leakage.

In tests, the iPad mini reflected more light  with colors more washed-out than previous iPads. The new displays will begin shipping in large quantities during the fourth fiscal quarter,  the report said.

And what’s your read of the situation?

Has display concerns impacted decisions to purchase an iPad mini?

Will word of a Retina update cause you to delay purchases?