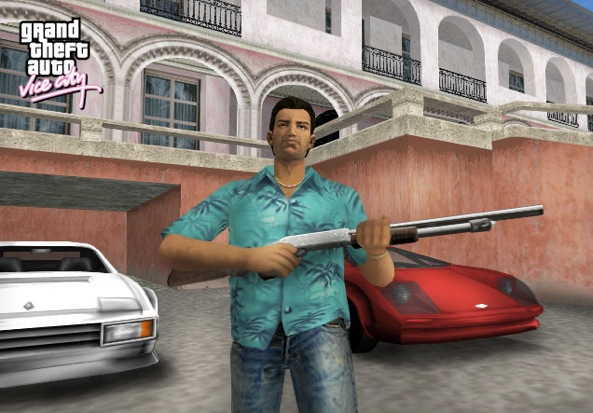 The new game should arrive approximately a year following the release of Grand Theft Auto III for iOS (still not updated for the iPhone 5 and Retina graphics). An Anniversary Edition of Grand Theft Auto: Vice City for iOS and Android devices “will bring the full experience to mobile devices”, Rockstar said. They are mentioning native high-resolution graphics and several enhancements that will be unique to the iOS and Android platforms…

Rockstar Games wrote it will release  a series of commemorative assets to celebrate the anniversary, including never-before-seen artwork and a brand new anniversary trailer “highlighting some of the most iconic scenes and music from the game”.

And if you’re a collector, perhaps a limited run of collectible promotional items will pique your interest, coming to the Rockstar Warehouse soon.

Not sure about you, but I’m a big fan of games and spent countless hours pulling shady jobs in the various scam cities that the series featured. I’ve enjoyed the series on both the PlayStation 2 and PlayStation 3 consoles and am definitely looking forward to a Grand Theft Auto release on the iOS platform.

Stay tuned as we updated you on the game’s progress.