As promised, Apple has released its quarterly earnings report this afternoon. This is the company’s third calendar quarter for 2012, and fourth fiscal quarter, and is the last one before the big holiday season.

For the period, Apple has reported $36 billion in revenue and $8.2 billion in net profit by selling 26.9 million iPhones, 14 million iPads, 4.9 million Macs, and 5.3 million iPods. More details after the break…

Overall, it was a pretty tame quarter for the Cupertino company. There weren’t many surprises. iPad sales were fairly low compared to last quarter, but that was expected thanks to the rumored iPad event.

And this quarter wasn’t near as important as the upcoming holiday reporting period. Apple just released a new smartphone, two new tablets and refreshed computers, and is expecting to have a killer three months.

Looking ahead to the first fiscal quarter of 2013, we expect revenue of about $52 billion and diluted earnings per share of about $11.75.

$52 billion in revenue. Think about that. 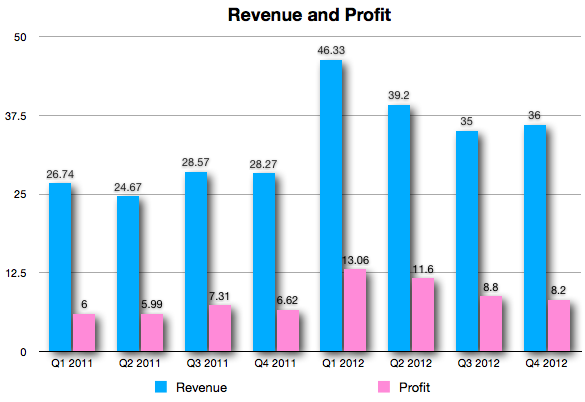 Apple’s earnings call starts in about 5 minutes, and if you’re interested, you can listen to the live stream here. Otherwise, stay tuned to iDB this afternoon, as we’ll be bringing you all of the highlights and other things of note.

Apple’s Board of Directors has declared a cash dividend of $2.65 per share of the Company’s common stock. The dividend is payable on November 15, 2012, to shareholders of record as of the close of business on November 12, 2012.

“We’re pleased to have generated over $41 billion in net income and over $50 billion in operating cash flow in fiscal 2012,” said Peter Oppenheimer, Apple’s CFO. “Looking ahead to the first fiscal quarter of 2013, we expect revenue of about $52 billion and diluted earnings per share of about $11.75.”

For those of you that are more graphical, those charts should help get a better pictures of Apple products sales, and revenues. 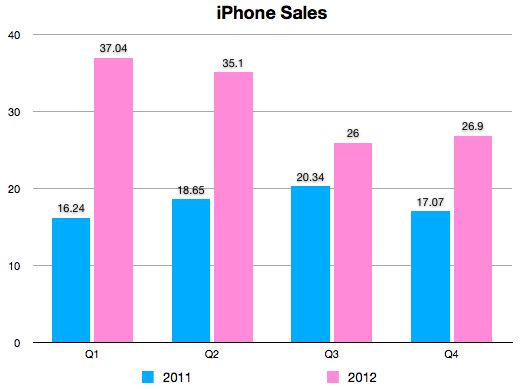 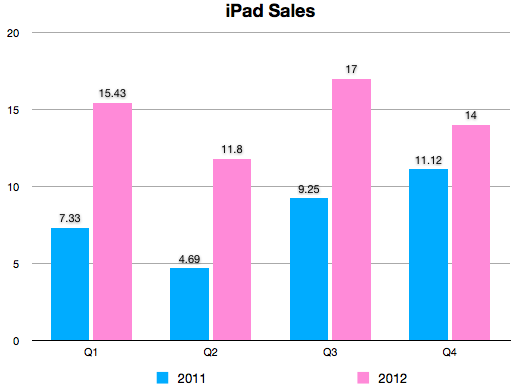 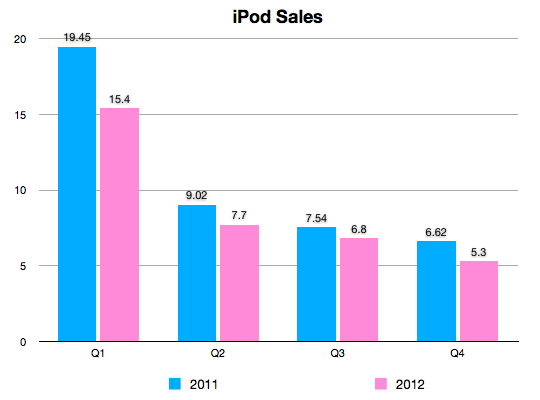 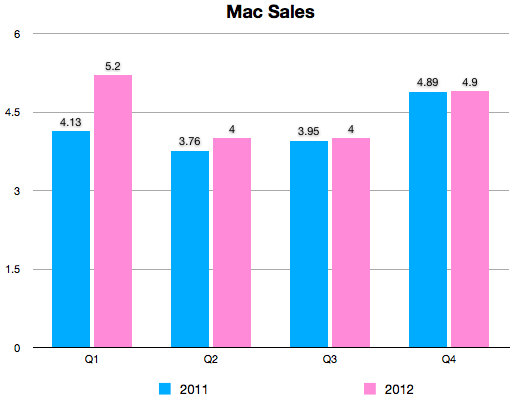