It’s ironic, but the Asian-Pacific region, where many iPhone parts are produced, is a hotbed for an explosion of smartphones priced at less than $150. In a new report, shipments of low-cost smartphones are expected to climb to 311 million units by 2016, up from just 4.5 million now. What’s more, by 2016, low-cost smartphones will account for 29 percent of all smartphone sales, according to NPD DisplaySearch. Android – not Apple – is leading the charge with its open-source operating system…

Most mobile phone subscribers around the world can’t afford to spend more than $200 for a smartphone, on top of their service plans.

Low-cost smartphone manufacturers create these new products quickly without much investment, which has allowed them to extend their telecom subscriber base to emerging regions.

Due to most component makers being located nearby, 60 percent of the demand for low-cost smartphones is in the Asia Pacific region, according to DisplaySearch.

China has become particularly aggressive in grabbing a large portion of the low-cost market. Although Apple has reduced the price on earlier iPhones, China watchers believe the Cupertino, California company will have trouble selling its high-end smartphone outside of the nation’s larger cities.

As the China Daily remarked back in August, “a host of little-known local firms are primed with cheap phones to squeeze market share from US giant Apple Inc’s iPhone.”

Where does that put Apple, which increasingly sees China as its largest market next to the United States? 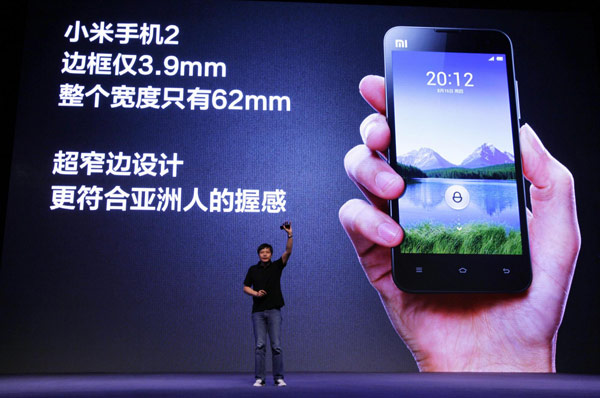 The answer, perhaps, could be seen in Xiaomi Technologies, which produces the MiOne, a smartphone costing half the price of an iPhone but powered by Android.

The company sees itself as the next Apple, down to CEO and founder Lei Jun unveiling products in black turtleneck and jeans (as seen right above), ala the late Steve Jobs.

Do you think Apple can make it in China without an inexpensive smartphone?

Or, does Android have too large of a lead?