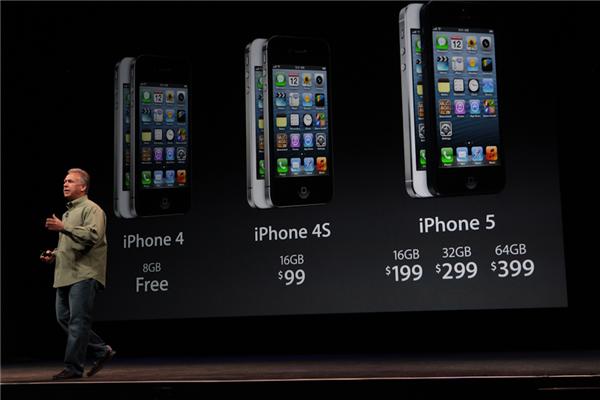 As we expected, Apple introduced some new price points for its current iPhone lineup alongside the new iPhone 5. As we just reported, Apple’s new handset starts at the usual $199.

This has effectively pushed all of the previous iPhone models down a peg on Apple’s list of smartphone models. The 3GS is gone, and the iPhone 4 is now available for free…

That’s right, at participating carriers, you’ll be able to snag the 8GB iPhone 4 for $0 on contract, similar to the way you could with the 3GS. It’s going to be hard to find a better free smartphone out there.

Likewise, Apple has dropped the 16GB iPhone 4S down to just $99 with a two-year agreement. Again, I dare you to find a better smartphone on the market that’s under $100 without being in a promotion.

Apple says it has “the best phones at every price point.”