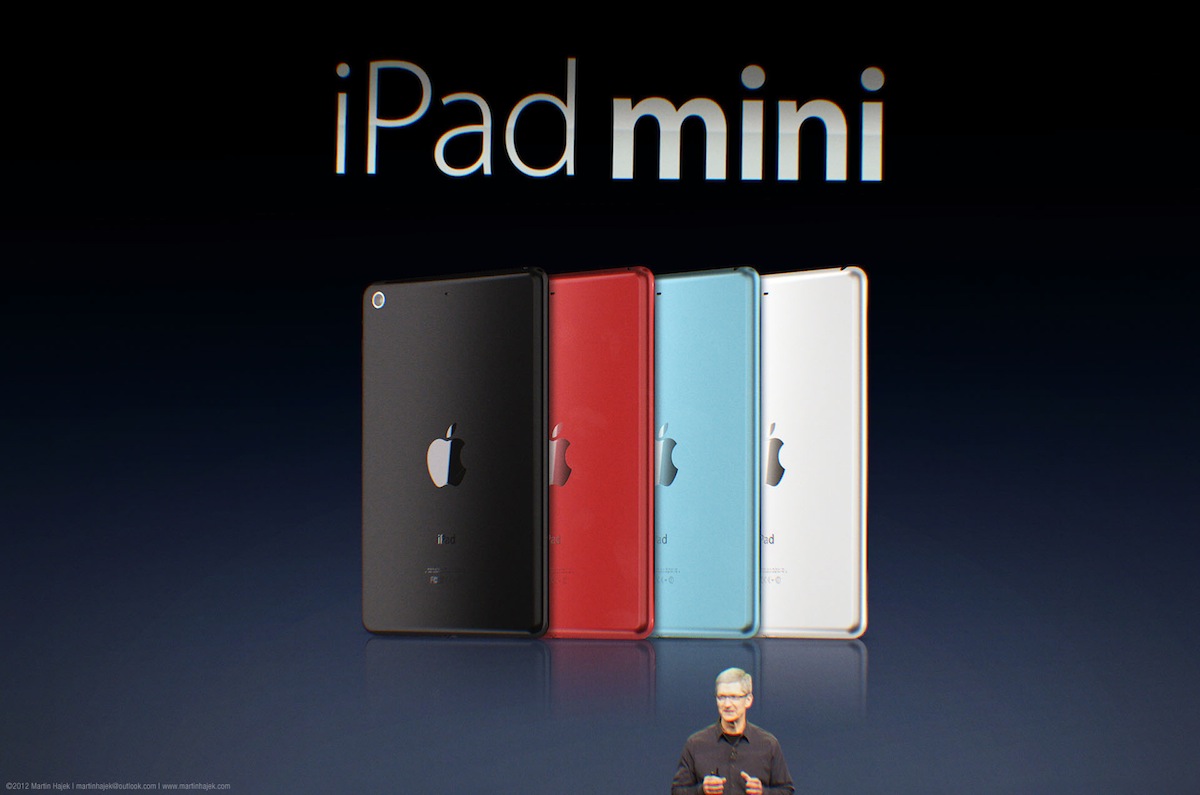 As time has progressed of late, it has become increasingly clear that Apple will announce a new, smaller iPad at tomorrow’s press event. Dubbed the iPad mini, the new device is, we believe, going to offer much of the current iPad experience, but this time in a more diminutive form.

This iPad mini has been rumored for what feels like forever, with the tablet almost as fabled in Apple rumor circles as that Apple-branded television we are still waiting for. With less than twenty-four hours to go, it seems we need not wait much longer. But where does it sit in Apple’s product line?

If you’re not someone who wants to buy an iPhone, then the obvious choice right now is an iPod touch. If you don’t want something quite so large as an iPad, then the current choice is to plump for that same iPod touch, or something a little more Android-y. But what about post iPad mini? That’s a whole different story indeed…

See, that iPod touch is a marvelous piece of kit. Just looking at the latest, shiniest iPod touch has us enchanted. It’s truly gorgeous, but why would you buy one? The iPad mini is already expected to eat into iPad sales, so could the iPod touch suffer the same fate?

At its current price point, you’ll need to spend $300 to get hold of the latest, most iPhone-like iPod touch. That’s a little close to iPad territory for our liking and, more importantly, right around where the iPad mini is expected to debut. In fact, there’s the chance that Apple’s iPod touch may even be undercut by its larger, possibly more desirable sibling. An interesting position to be in. With the iPod touch arguably seeing its largest sales in the teenager/child market, we suspect the lure of an iPad will be too strong for many to resist. We know which we’d prefer, and that’s without ever laying our hands on a real life iPad mini.

Now those still wanting an iPhone-like experience without the contract will still go for the iPod touch, but as of very soon there will be something else to take into consideration. Something that, at least on paper, will be a compelling product. Something that, assuming you’re going to use it as more than a music player, will probably be the better device. If you’ve room for around 8-inches in your bag, the iPad mini may well be the better choice.

Having spent some time with the Nexus 7 and Kindle Fire, we’d argue that the iPad mini form factor may be the way to go even for those looking at the “proper” iPad. Even if you take the enhanced portability out of the equation, many will agree that the iPad is “just” a little too big. Not a lot, but just enough. The iPad mini may be the sweet spot, especially if it hits the right price point too.

Apple could avoid all this, of course, by reducing the price of that lovely iPod touch. At $300, it’s expensive as things are. With a small iPad costing around the same amount of cash, that little iPod seems all the more pricey.

All this leaves us wondering where the iPod touch will sit in the grand scheme of things come the close of play tomorrow. We genuinely don’t know for sure and while our calculations may fit, we would love to hear what you think. Answers in the comments below, folks! Do you agree that the iPad mini could eat into the iPod touch’s market whilst also encroaching on that of the iPad?