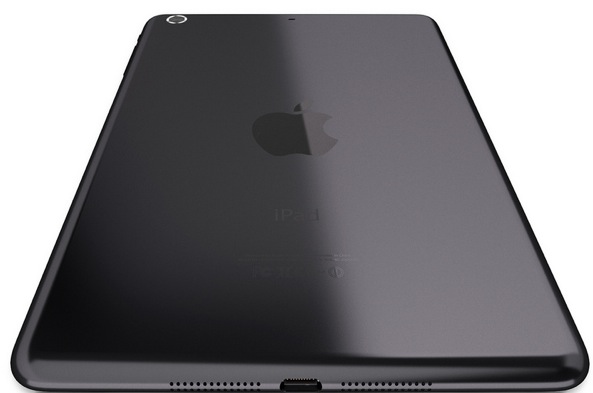 A smaller iPad has gotta be one of the industry’s worst kept secrets in 2012. It will also be competition’s worst nightmare. Now, Apple last week issued invites for a media event scheduled to take place next Tuesday, October 23 in San Jose’s California Theatre rather than the usual venues, San Francisco’s Yerba Buena Center for the Arts or Apple’s own campus in Cupertino, California. We’ve heard whispers that general availability was already scheduled for November 2 and now more credible sources are chiming in to confirm the date…

“If released on Friday, November 2, that would mean a week and a half passing after the announcement. Being close to the holiday season, a quick release may make sense”, the youngster wrote, and I approve.

New sources include TechCrunch, which reported this morning that it’s hearing the device “will ship a week and a half after that unveiling”.

November 2 is the ship date we’ve heard today from a source close to Apple’s supply chain, echoing an earlier report by Geeky Gadgets that that’s the day the iPad mini will go on sale.

9to5Mac adds on Twitter it too has heard similar from their own sources:

Fits already circulating rumors that date, we hear them ring now that Apple has informed at least one of the great ship on a pending for this appointment “big event”.

It would be a surprise if a big box retailer knew such an important piece of information in advance. iMore editor Rene Ritchie weighed in yesterday:

November 2nd makes a lot of sense. It’s the next Friday after the event, which has been the traditional launch day for Apple hero devices in recent years, and it would give Apple as much time as possible to sell the iPad mini during their strong holiday quarter.

As iDannyOcean noted on Twitter, “Apple is ramping up retail staff hour allotments for that week”.

Still, well-connected Apple pundits like Jim Dalrymple of The Loop and John Gruber of Daring Fireball have not thrown their proverbial “yup” behind the rumor.

Apart from the all-important holiday rush, November 2 also makes sense because it gives Apple much-needed time to secure enough stock ahead of Black Friday, which is America’s biggest shopping day. It will also give Apple some ten days for pre-orders.

Analysts have baked in November 2 into their estimates, calculating Apple could sell at least five million iPad mini units in the December quarter, even if it cannibalizes as much as 20 percent of current iPad sales. According to the usually well-informed Wall Street Journal, Apple has placed an order for twice as much iPad mini units.

The “slick” gadget is said to “frustrate” suppliers because of Apple’s exacting requirements. Analysts are also predicting that Apple will discontinue the iPad 2 in order to simplify product choices ahead of the iPad mini.

Apple is also expected to refresh the Mac mini, revamp the iMac and introduce a 13-inch MacBook Pro with the Retina display at next Tuesday’s press conference.

What do you think, is iPad mini going to be available straight after the keynote or the following week, November 2?