Analysts are almost busting their buttons to tell investors just how big a deal they expect is a smaller iPad, widely thought to be up for an introduction next Tuesday. One well-known Apple watcher foresees huge headaches from rival seven-inch tablet makers, describing the so-called iPad mini as “competition’s worst nightmare.”

Shaw Wu of Sterne Agee writes the iPad mini will come on the scene as Apple’s competitors are already running hard just to keep up with the larger iPad 2.

The Cupertino, Caliornia gadget designer may even phase-out the $399 iPad 2 in order to focus attention even more strongly on the leading brand. Add a 7.85-inch iPad mini expected to sell for under $300 – and rival tablet manufacturers lose both the size advantage as well as the lower price tag…

Although Wu believes (via AppleInsider) Apple could “go for the kill” and sell the smaller iPad in the same $199 range as Amazon’s Kindle Fire HD or Google’s Nexus 7, the company doesn’t have to harm its palatial profit margin in order to overwhelm its rivals.

Indeed, the analyst believes the smaller iPad could carry a $350 price tag – just shy of the $399 iPad 2 – and still have plenty of sales.

A similar point was made earlier today by another analyst.

Apple has leveraged its design and engineering expertise to turn a tidy profit during an otherwise down period of PC makers, Rob Cihra of Evercore Partners noted.

Its control of both hardware and software allowed Apple to “pull dollars away from otherwise commodity markets and incumbent competitors”. The company, for instance, has reported a 30 percent increase in 2012 revenues compared to a four percent decrease for PC makers, the analyst told investors. 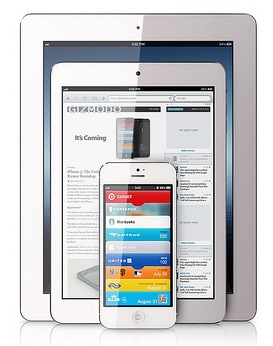 This would make sense given reports that the iPad mini will easily run apps designed for the iPad 2.

By the way, if the somewhat reliable DigiTimes, an Asian trade publication, is to be believed, Google will roll out a $99 Nexus 7 tablet in time for Christmas.

With the two leading selling points – size and price – largely coopted by Apple, how will rival tablet makers compete against a smaller iPad?