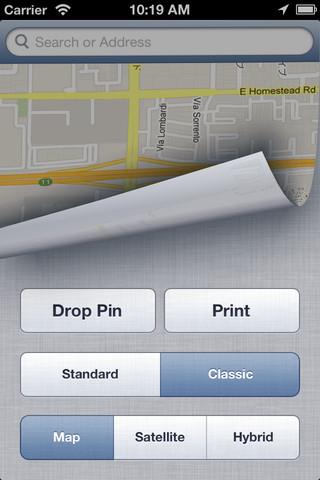 While the jury is still out on whether or not Apple will approve Google’s rumored standalone Maps app, it seems clear now that the company doesn’t want any copycats in the App Store.

Reports started surfacing this morning that Apple has pulled ClassicMap, a Google-powered mapping application that looks a lot like the Google Maps app Apple replaced in iOS 6…

“An application designed to replace the look, feel, and utility of Apple’s old maps application has disappeared from the App Store, just days after its debut.

ClassicMap, an application from developer Katsumi Kishikawa — who has two other applications on sale through Apple — is no longer available.

The free application popped up on the App Store on Monday and made waves for offering users a way to get some of the same look and feel as the old version of Apple’s maps, which used data from Google.”

When asked via Twitter why the app was pulled, Kishikawa responded that the removal was “Apple’s decision.” Honestly, it’s more surprising that Apple approved it in the first place.