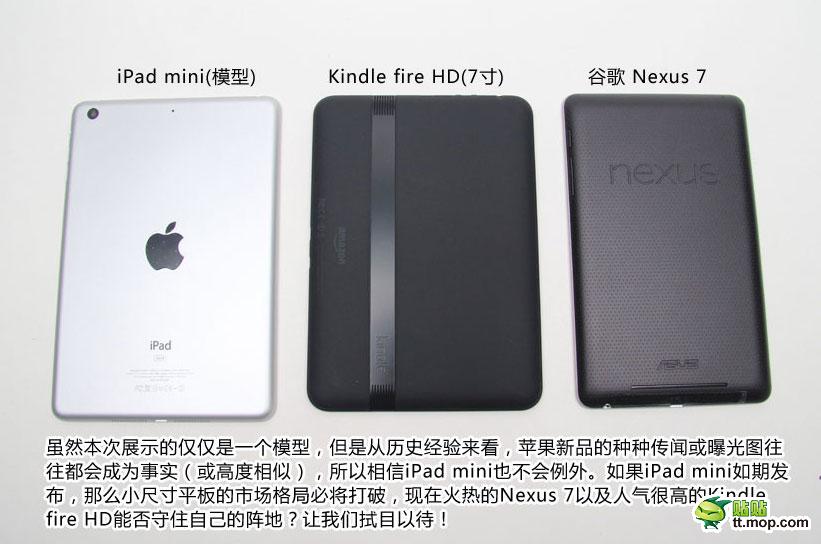 With the iPad mini presser all but confirmed (think October 17) and today’s report that Foxconn is now assembling the device at its new facilities in Brazil, a set of handy new images surfaced that help compare the rumored 7.85-inch iPad mini to Amazon’s and Google’s tablets, with size and form factor in mind.

If a series of side-by-side comparison shots depicting how an unreleased device stacks up against real tablets is to be trusted, the iPad mini should be slightly wider than Google’s and a tad taller than Amazon’s…

Here’s another image that compares the iPad mini versus the regular iPad, iPhone 5 and iPhone 4S. 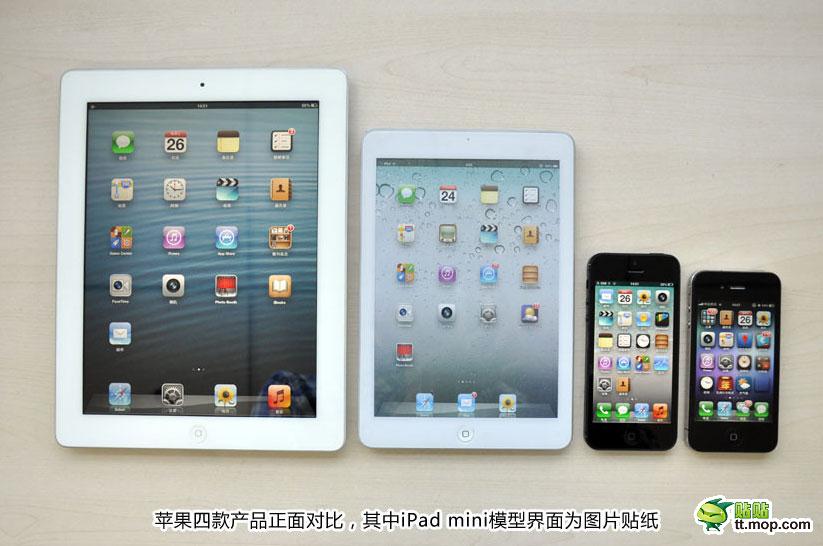 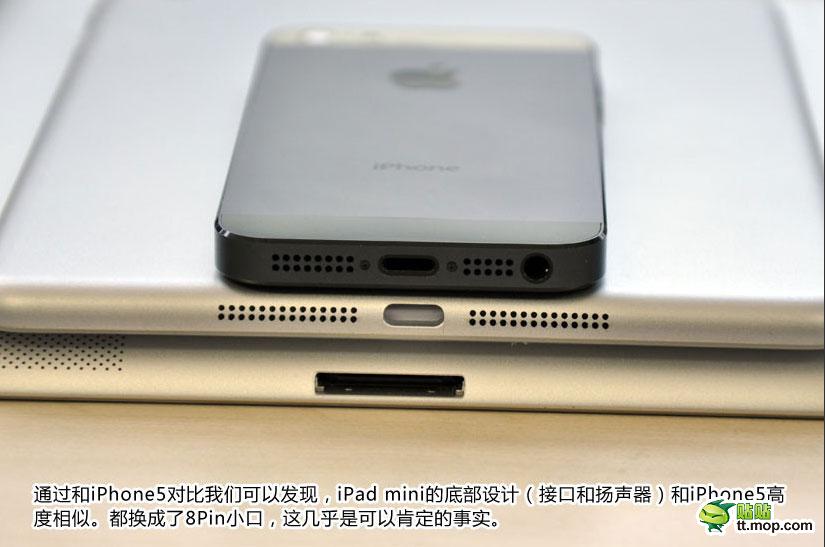 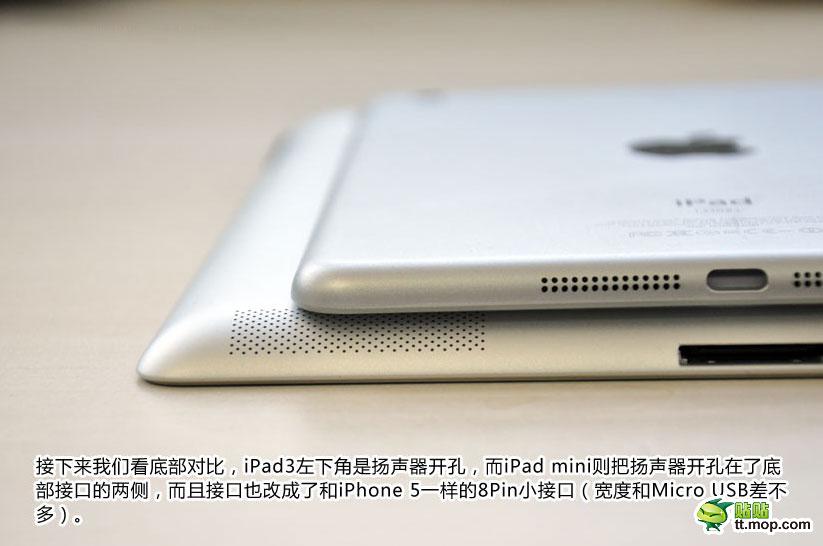 Don’t freak out over the lack of tapered edges on the mini iPad because you’re really looking at a dummy someone in Asia created based on the rumors.

NowhereElse has 21 images in total so check out the source link if you’re hungry for more.

What do you think, is this mini iPad going to eat everyone’s lunch?