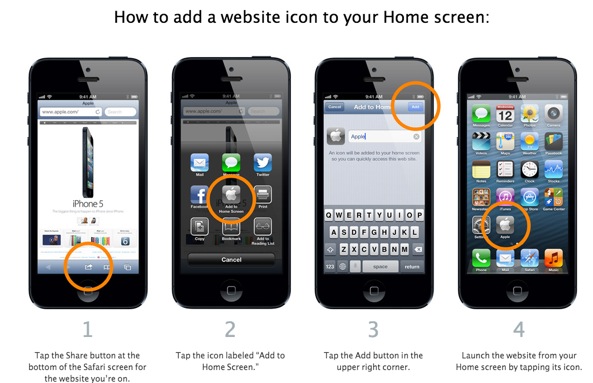 Apple’s boss Tim Cook just issued a mea culpa on Apple’s awesome Maps in the form of an open letter published on Apple’s website. What’s really interesting is that the issue which threatened to snowball into a PR catastrophe has forced Apple to advise customers to use rival services “while we’re improving Maps”.

It takes a tremendous amount of public outcry to force Cupertino into such a defensive position. I imagine heads will roll as Cook gives Apple’s mapping team a kind of dressing down Steve Jobs once gave to the MobileMe team (“you should hate each other for having let each other down”). No matter how you look at it, the Maps fiasco has tarnished Apple’s reputation, at least in my view…

As for Apple’s band-aid solution, a dedicated page on Apple’s web site advises folks to add a home screen icon for quick access to Nokia and Google Maps on the web by following these steps:

Piece of cake, no?

Of course, the above steps apply to any other mapping service on the web. 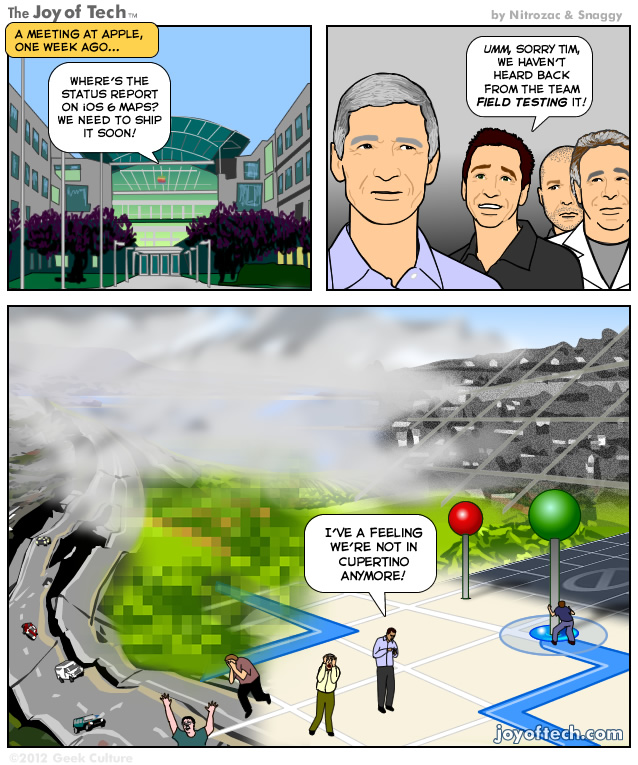 Google’s maps on the web don’t have spoken directions, but at least you’ll get written directions instead. Also note that you can now use Google Street View via Safari in iOS (examples here).

By the way, it’s interesting that Apple’s page only mentions Nokia and Google Maps, but not Microsoft’s Bing Maps. Cook’s open letter also mentions third-party apps like MapQuest and Waze.

MapQuest is by far  the best alternative renowned for its rich data sets and points of interest, especially in certain international markets.

Will you be using Nokia’s and Google’s maps on the web?