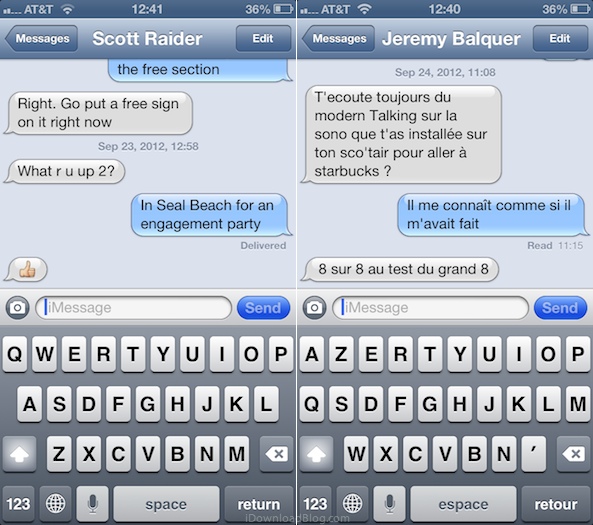 If like me you use two or more international keyboards when typing Messages on your iPhone, you know it can sometimes be a bit frustrating to have to switch between them. As a matter of fact, I’ve wished iOS could automatically figure out what keyboard to use for a while. And I’m hardly the only one. A few months ago, MacStories’ Federico Viticci tweeted that iMessage should be able to automatically switch international keyboards based on the recipient’s language.

It seems that someone at Apple heard him, as this is now a feature in iOS 6…

At any rates, this is a new feature that people who use several international keyboards will surely appreciate.