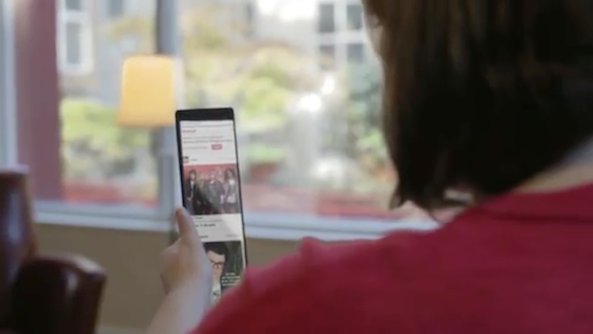 One of the most noticeable and talked about features of the iPhone 5 is its new display. For the first time, Apple has made the handset’s screen larger, bumping it up to right around 4-inches.

But in order to maintain usability, Apple only increased the height of the display, not the width. And this has spawned some criticism from the tech world, as well as this hilarious parody…

Jokes aside, after playing with the iPhone 5 for several hours, I can say that the new display does take some getting used to. I’ve had to alter my grip a bit to reach tap targets at the top of the screen.

That being said, I can still use the device one-handed, which judging by its new “Thumb” TV spot, is what Apple was going for. It’s definitely a lot more usable in a pinch than a larger phone.

Anyway, what did you think of the parody clip?