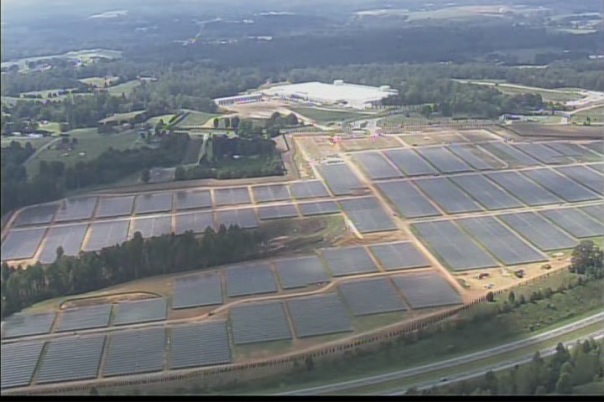 According to a new report today, Apple just laid out $3 million to purchase 200 acres of land in North Carolina near its Maiden data center for a second major solar farm.

As you may recall, Apple is nearing completion of its first 20-megawatt solar farm just across the street from its North Carolina campus, which is the largest of its kind…

The land is located in Conover, Catwba County, which is 15 miles from Apple’s data center.

“Apple recently closed on the land purchase that includes a tract of 218.885 acres and another tract of 0.251 acres, according to deeds and a plat book at the Catawba County Register of Deeds…

…The Conover site is the only other property Apple now owns in the area in addition to the main data center campus and solar farm in Maiden. With the two solar farms and a bio-gas-powered 5-megawatt fuel cell installation, it will be the largest non-utility installation in the country, according to Apple. The company expects to generate 124 million kWh a year, which would power the equivalent of 10,874 homes, Apple says on its website.”

With the two data centers, and Apple’s 5-megawatt fuel cell facility, the company will be able to generate 60% of the data center’s energy on-site. And it says that the remaining 40% will be purchased through renewable power providers.

All of this is part of Apple’s effort to make all of its data centers run off of 100% renewable energy. The company already has one in northern California, and is building others in Oregon and Reno, Nevada. Take that Green Peace.