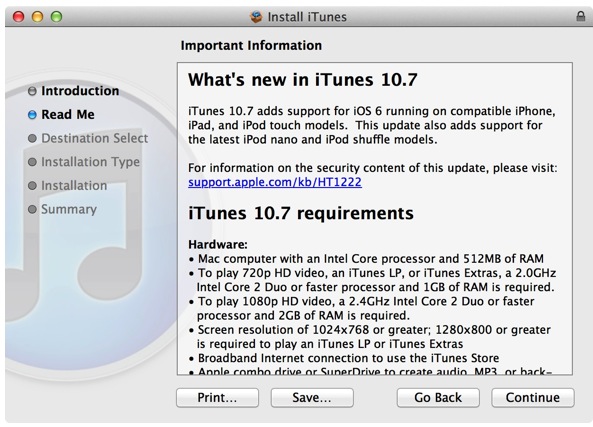 Hot on the heels of today’s presser that brought us the new iPhone 5, revamped iPod nano, improved and redesigned iPod touch, the new EarPods and other tidbits, Apple has also just released iTunes 10.7. This release represents a minor update to the jukebox software, designed to provide support for iOS 6 (when it goes live a week from today) running on iPods, iPads and iPhones. This isn’t the completely re-written, buttery smooth iTunes 11 that Apple mentioned during the announcement – that one is officially due in October…

iTunes 10.7 is a 157MB download that “adds support for iOS 6 running on compatible iPhone, iPad, and iPod touch models”.

The software be downloaded free of charge for Mac or Windows from the official iTunes download page.

Don’t panic if iTunes 10.7 isn’t available for you – these things take time to propagate.