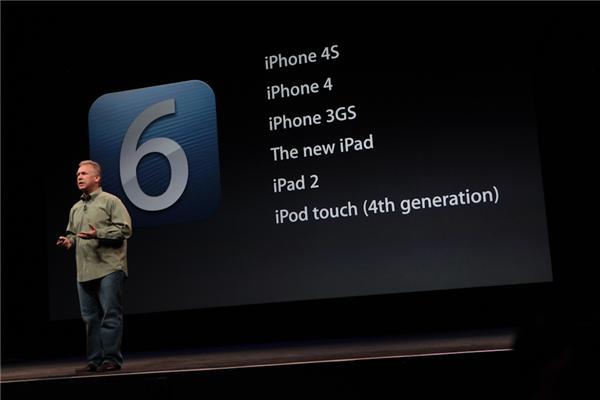 Apple just finished introducing its next iPhone (yeah, they went with the iPhone 5 moniker) by saying that iOS 6 will be released for public consumption on September 19, a week from now and three days before the iPhone 5 is due to hit store shelves. The sixth major revision to Apple’s mobile operating system is a free upgrade to owners of the iPhone 3GS/4/4S, fourth-generation iPod touch and iPad 2 and 3. Not all features are supported on all devices so you’ll want to check out our handy compatibility matrix..

As for the iPhone, Apple is taking pre-orders beginning this Friday, September 14. The device will begin shipping in the Unites States, Canada, United Kingdom, France, Germany, Australia, Japan, Hong Kong and Singapore on September 21.

This means you will have three days between iOS 6 and iPhone 5 availability to update your existing devices.

Is history is an indication, you won’t want to update to iOS 6 on the launch day as Apple’s activation servers could easily experience heavy load.

By the way, the 16GB iPhone 4S just dropped to $99 and the 8GB iPhone 4 is free, both with a qualifying two-year contract.

Will you be updating to iOS 6 on next Wednesday?