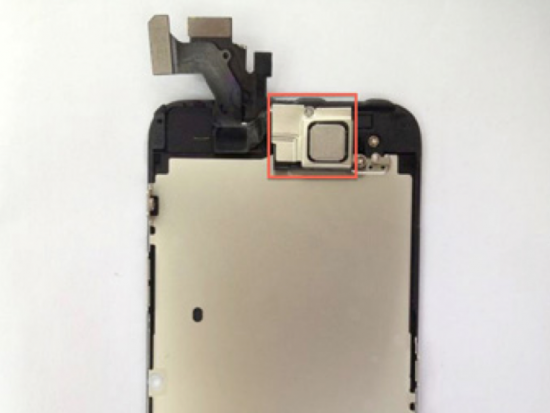 Bad news today for folks who were hoping that near field communications technology, or NFC, would make it into the new iPhone. It looks like the tech is a no-go for Apple’s next smartphone.

Theories for the tech picked up steam yesterday when a square chip inside a leaked iPhone 5 part was identified as an NFC sensor. But according to a new report, it’s not happening this year…

The news comes from the smart folks over at AnandTech, who are known for their in-depth product reviews and hardware knowledge. And they’re saying that NFC can be almost entirely ruled out.

“Given the primarily metal backside of the new iPhone, it’s highly unlikely that NFC is in the cards for this generation. In fact, given the very little space at top and bottom dedicated to those glass RF windows, you can almost entirely rule it out.”

Consistent leaks of rear shells belonging to the next-gen iPhone show a two-tone design, with a broad metal insert between two glass panels. Wi-Fi and Cellular antennas will be housed behind these RF windows, and according to Anandtech, there’s not enough room for an NFC chip.

And if you’re still not convinced, The Loop’s well-connected Jim Dalrymple pointed to the report this morning and added his trademark “yep” of approval. Dalrymple was Macworld’s Editor at Large for several years, and we can’t remember the last time he was wrong about Apple-related intel.

But word of Apple’s omission of NFC tech in its next smartphone brings about more questions than answers. When is it going to make its long-rumored jump into the mobile payment business, and what does the future hold for its Passbook application? Maybe AuthenTec holds the key.