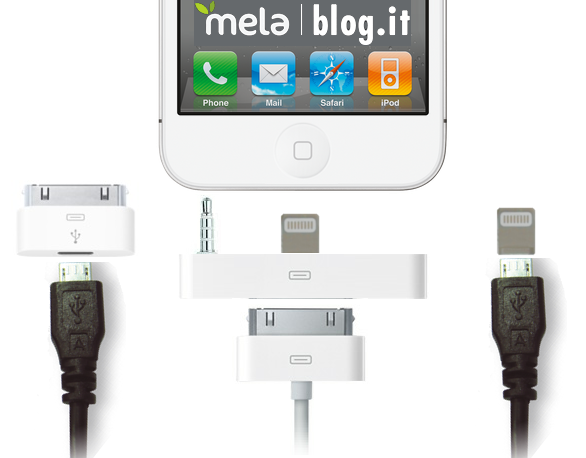 Of all the things we think we know about Apple’s next smartphone, a smaller dock connector seems to be one of the most certain. After several years, it appears Apple is finally prepared to ditch its trusty 30-pin design in favor of a smaller solution.

And this has a lot of folks nervous. The aftermarket for 30-pin-style accessories has to be one of the largest in the business. And we’ve all got loads of iPhone chargers and docks that could become useless as of next month. Or will they?

The often-accurate iMore reported last month that Apple is expected to release some sort of 30-pin dock adapter for the new charging port, which makes plenty of sense given the above information. But what would such an adapter look like?

The folks over at mela tech blog rendered a concept of what they think Apple’s dock adapter might look like. Their design connects to both the new charging port and headphone jack of a new iPhone, which part leaks suggest are both on the bottom.

This is smart for a few reasons. For one, it keeps access to the headphone jack open via a passthrough port — that way if the new dock connector doesn’t support audio output, or you’re just in the mood for headphones, you can still use it. And two, there isn’t any cable slack to deal with, so the new iPhone could still fit in docks made for 30-pin ports.

Don’t underestimate the importance of this adapter. It’ll be the only thing linking your new iPhone, or other iOS device, with all of your old accessories. And if Apple doesn’t do it right, it could turn millions of these accessories obsolete overnight.