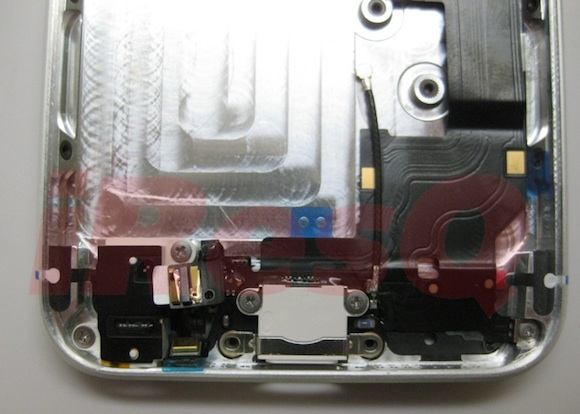 Despite the fact that we’ve seen a number of matching next-gen iPhone parts, from several different sources, some folks still maintain their skepticism on their legitimacy.

If you happen to be one of those people, check this out. The photo above is of one of the previously leaked dock connector/headphone jack assemblies, fitted into the frame and rear shell of what is believed to be the new iPhone…

The images come from the folks over at iResQ, the Kansas-based repair shop behind last week’s dock connector/headphone jack assembly leak.

And this photo gives us a good view of what the bottom of the next-gen iPhone is going to look like, if current expectations hold true. As you can see, both the smaller dock connector and headphone jack line up perfectly into the pre-cut slots on the aforementioned rear shell.

While this doesn’t exactly prove that these pieces are legitimate, it does prove that it’s very likely they belong to the same handset. And with that in mind, these leaked parts we’ve been seeing are either the real deal, or belong to the best knock-off we’ve ever seen.

Our money is on the former, but obviously we won’t know for sure until Apple unveils the new iPhone itself during next month’s media event.