Seriously, do you know anyone who in their right mind would mistaken a Samsung phone for an iPhone? Anyone? If your answer is a resounding ‘no’, congrats – you’re officially a geek, just like yours truly.

Now, Apple’s been arguing from the onset that the extent of alleged copying of its industrial design exhibited in Samsung’s work introduces a strong likelihood of customer confusion between the two brands.

While gadget lovers whose morning routine includes skimming through tech news cannot grasp how anyone could possibly mistaken a gadget with the Samsung logo for one with a bitten apple on it, to those outside the tech circles – you know, the general public, average consumers and Joes Schmucks of this world – the similarities are painfully obvious.

Specifically, one in two thought they saw an iPhone when presented with an image depicting a Samsung phone…

As reported by Ina Fried for the AllThingsD blog, as part of Friday’s hearings in the Apple v. Samsung case in San Jose, northern California, Apple witness Kent Van Liere took the stand to share some interesting findings of a survey he had conducted.

Long story short, too great a proportion of respondents appears to be mistaking Samsung devices for Apple’s, an indication that Apple’s assertion that Samsung ripped off its industrial design wholesale could have merit after all.

There were two studies: one featuring images of the Samsung Fascinate, the Galaxy S II Epic 4G Touch and a control device, the BlackBerry Storm.

The other study dealt with tablets and relied on a video depicting a guy using either the Galaxy 10.1 with front branding removed, another one with the Samsung name intact and a control clip featuring a Nook Color device.

In the first case, more than half the respondents, or 52 percent, thought the Fascinate was the iPhone and 51 percent did the same in the case of the Galaxy S II Epic 4G Touch. Just fourteen percent of respondents thought they were looking at Apple’s phone whereas they’d been shown an image of the BlackBerry Storm.

The other scenario had 43 percent mistaking a non-branded tablet for the iPad. Just shy of one in three, or thirty percent, figured the same when shown a clip of a branded tablet. 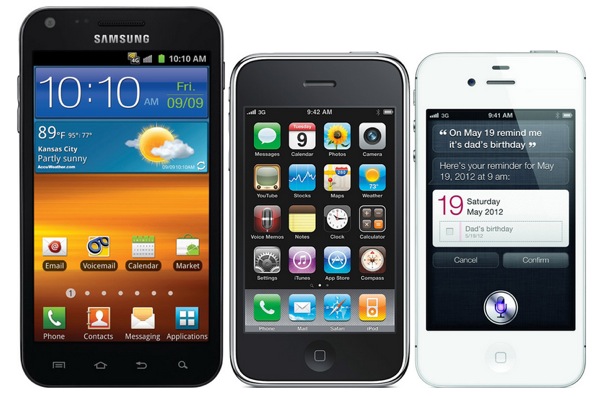 According to The Verge, Samsung attorney attacked Liere’s reports and methodology:

Price suggested that due to the stature of both Samsung and Apple in the smartphone industry, it would be natural for consumers to associate Apple with Samsung’s devices — and vice-versa. If a consumer looked at a Burger King and associated it with McDonald’s, Price said, that wouldn’t necessarily constitute any type of copying on Burger King’s part. “You don’t know that from common sense?” he asked.

Van Liere defended his study, saying that guarding against built-in market awareness is one reason why the study included the BlackBerry Storm control group in the first place. “So if that’s true, that would be netted out by the control.”

Man, what a mind job.

It’s OK to argue that these findings prove hardly a thing.

As for myself, I have yet to meet a person who would mistaken a Samsung device for something made by Apple. But I’m a hard core geek and mingle with my own kind and as such am not an accurate representative of the broader market. 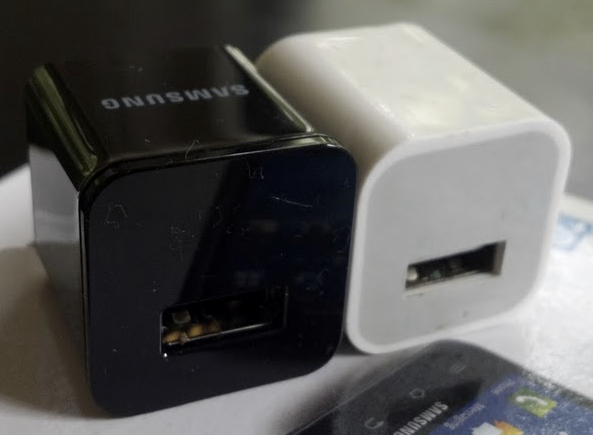 Exhibit A: a Samsung charger on the left next to Apple’s charger.

One thing is certain, in my opinion: soccer moms and uninformed non-techies are likely to be easily confused. There are too many similarities, and it’s not just the physical appearance of Samsung’s tablets and phones. 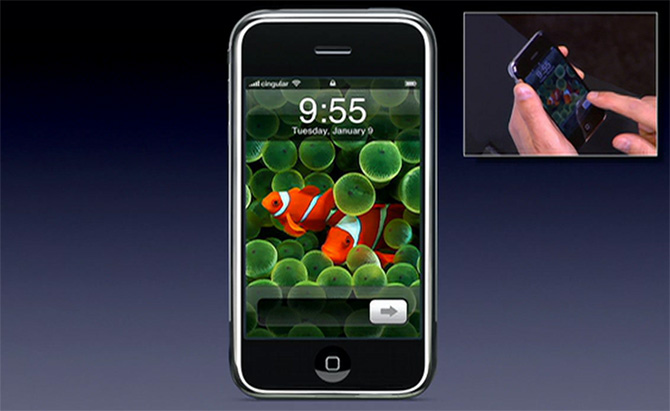 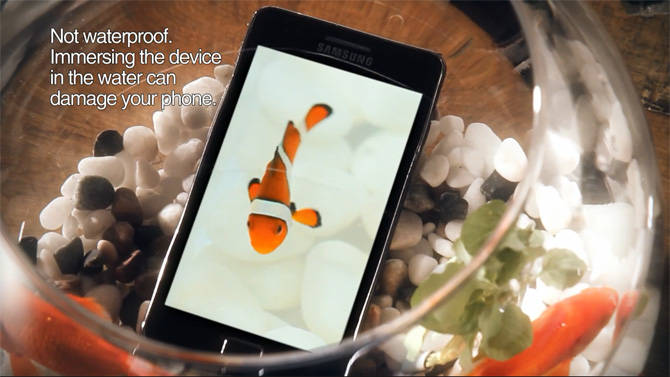 And here’s a fish on the Galaxy S II screen from Samsung’s commercial. Looks familiar?

And this is Samsung’s commercial in its entirety.

And it ain’t just smartpones and tablets, mind you.

I’m not saying Samsung is the copyist – that’s up for the court to decide – but I think at this point most people would agree that the South Korean company has a long history of mimicking other people’s designs, even if it produces some original designs itself.