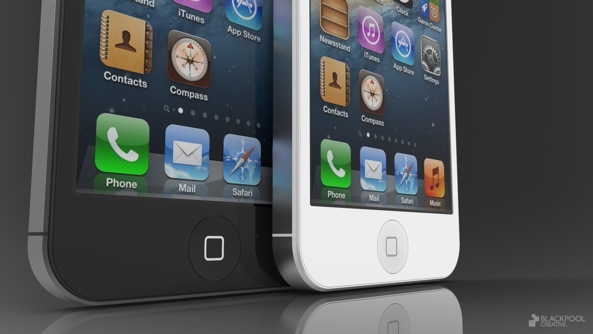 Last week, a video made rounds depicting a 0.1mm thinner front glass part said to belong to Apple’s upcoming iPhone, in addition to a smaller home button and other interesting tidbits. Today, a new report out of Asia asserts that the next iPhone’s enclosure is going to be just 7.6mm thick.

That’s a marked improvement over the iPhone 4/4S that measures 9.3mm deep. So much about Tim Cook promising that “We’re doubling down on security. I mean it”…

MacRumors points to an Apple.pro article with scans of a story published by the Chinese-language newspaper Apple Daily. 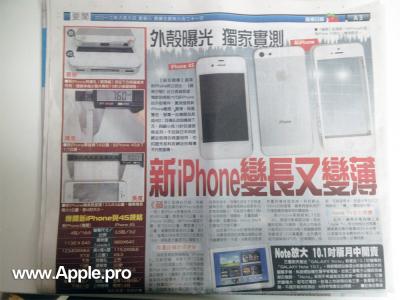 Here’s another scan of the paper’s story. 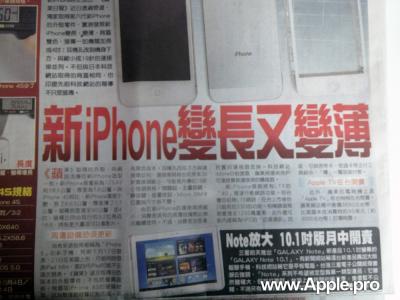 If the story is to be believed, you should expect the next iPhone to be 7.6mm thick, or 1.7mm thinner than the current iPhone 4/4S.

Note that the publication’s measurements are based on purported cases that hit the web back in June. The veracity of case molds is often difficult to establish as they often represent case makers’ approximation of the real thing, based on the fickle supply chain sources and the unreliable rumor-mill.

Besides, case designers are often wrong (and these are costly mistakes).

For example, last year they called for a tapered design.

MacRumors provides this translation of the important segment of the original story.

One manufacturer we spoke to said that he was sure that the leaked images were accurate – so sure that he was already preparing to construct iPhone 5 cases and he’d be willing to ship replacements for free if they turned out not to be perfect. He enumerated three big changes from the old iPhone 4S to the iPhone 5:

With the profile measuring just 7.6mm, is the next iPhone going to be thin enough for you?

Or would you rather prefer the same thickness as the iPhone 4/4S to perhaps accommodate a larger battery?

Wondering how a taller, four-inch iPhone might fit in your hand?