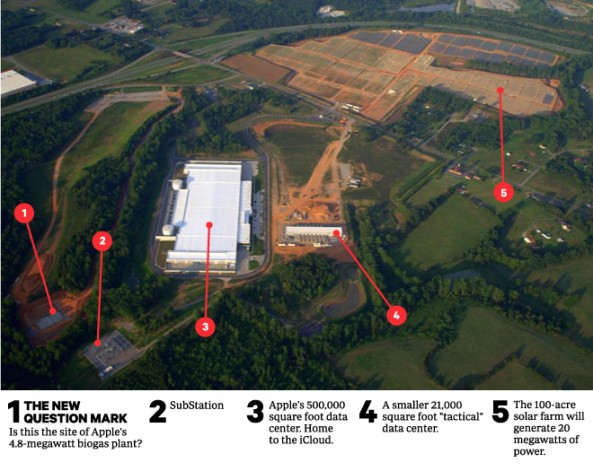 The sneaky folks over at Wired just flew a 1949 Piper PA-11 (Cub Special) aircraft over Apple’s Maiden, North Carolina campus to see what the old Cupertino company was up to. And apparently, it’s building stuff.

The publication’s “iSpy Plane” managed to grab photos of a number of new structures on the campus, including Apple’s 100-acre solar farm, and its mysterious “tactical data center” we learned about last month…

Previous reports have claimed that Apple was building one of the largest solar farms in the country, but this is the first time we’ve seen it complete. The 100-acre farm of solar panels is capable of producing 20 megawatts of power. Yikes. 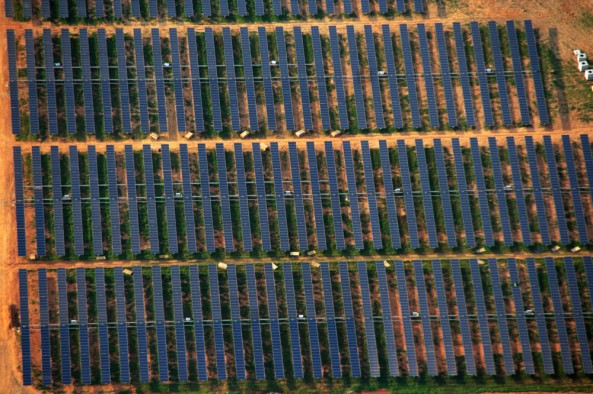 Also on the “green” front, it appears Apple is in the processes of building its rumored 4.8-megawatt array of Bloom Energy fuel cells, which convert biogas (gas produced by the biological breakdown of organic matter) into energy.

But perhaps the most interesting structure on the campus is the mysterious 20,000-square foot building Apple calls its “tactical data center.” It’s guarded by an 8-foot chain-link fence, and the entrance has multiple sets of security doors. 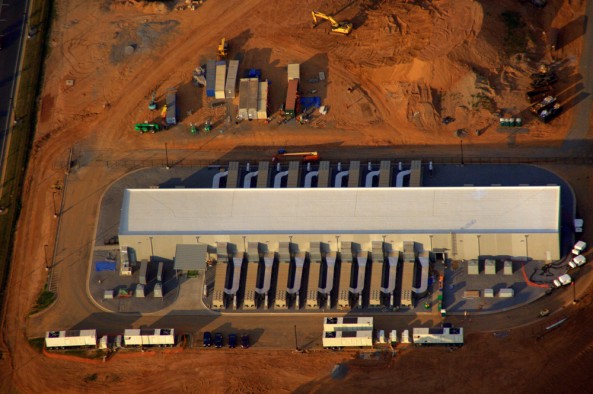 Here’s what Wired has to say about the building:

“Nobody knows exactly what an Apple tactical data center is supposed to be, but according to Rackspace Chief Technology Officer John Engates, who has spent his fair share of time in windowless buildings racked with servers, it may be a neutral spot where Apple partners can come and plug their gear into Apple’s grid without getting any exposure to the fantastic secrets housed in the larger 500,000-square-foot facility.”

Apple started building the North Carolina data center two years ago to help it support its new iCloud and iTunes services. And it’s about to begin construction on new facilities in Prineville, Oregon and Reno, Nevada.