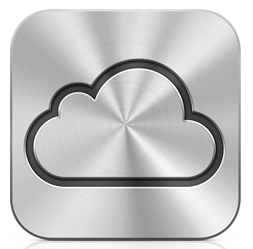 Apple is moving forward with plans to build a new, smaller data center next to the existing $1 billion iCloud facility in Maiden, North Carolina. The company has just filed for building permits, a story today revealed.

The upcoming 20,000 square feet facility will have tight security measures, such as “man trap” security doors and chain-link security fence, and will be t-boned to the existing iCloud facility. Official documents refer to it as the ‘tactical’ data center, whatever that’s supposed to mean…

Sharon McBrayer, reporting for Hickory Daily Record, dug up Apple’s design plans on file with Catawba County that depict. The official documentation refers to the upcoming 21,030-square-foot site as the “tactical” data center.

The building is designed to store clusters of servers in its eleven rooms and will set Apple back a cool $1,885,129.

Mechanical permits for 5977 Startown Road, Maiden, call for the installation of 22 air conditioners, five fans, 14 humidifiers, six electric unit heaters, one electric duct heat louvers and ductwork. It will have only one unisex bathroom.

• Apple describes the facility as “a stand-alone metal building with a concrete pad”
• it’ll be closely guarded even though the existing Maiden site has tight security
• an 8-foot-high chain-link security fence will surround the building
• it’ll have man trap security doors at either end that will “force a person to be cleared to go through an additional second door to get inside the main building space”
• there will be signage, including for the visually impaired.

The Maiden campus, of course, is also home to the world’s largest private fuel cell installation and solar farm which feed iCloud servers with clean energy.

What this new data center is gonna be for and why exactly it’s been called ‘tactical data center’ is anyone’s guess at this point as Apple isn’t taking much. Given its smaller footprint and tight security measures, perhaps it will serve as a fall back solution of sorts that backs up important account information and user data so basic iTunes service remain operational should the main facility get seriously disrupted, but that’s just speculation.

In retrospect, the Maiden campus almost didn’t get built over fear that Catawba County wasn’t able to offer a large enough land. As a last ditched effort, officials lured the iPhone maker with an 180-acre park that originally was to to become a campus to a handful of data centers.

Apple is also looking to build another huge data center in Prineville, Oregon and another $1 billion facility in Reno, Nevada. While it’s conceivable that Apple’s phenomenal growth would justify such an astounding level of investment, analysts speculate there’s more to this than meet the eye.

The story has it that Apple is actually gonna build super data centers all over the world to support a rumored full-blown television set and an accompanying on-demand video service as the company looks to transform into a broadcaster for the 21st century.

In your view, is that a stretch?