Apple’s plan to use renewable energy sources to power its $1 billion data center in Maiden, North Carolina by the end of this year has received another important nod from The North Carolina Utilities Commission.

The agency just greenlighted a 4.5-megawatt fuel cell installation that will produce electricity from eco-friendly biogas in order to power a huge array of iCloud servers.

MacRumors pointed to a regulatory approval by The North Carolina Utilities Commission (PDF document), which just issued certificate of public convenience and necessity for a 4.5-megawatt facility that will use clean energy cells from California-based Bloom Energy startup.

Bloom Energy CEO K.R. Sridhar recently confirmed that “Apple is an existing customer and they will use our fuel cells in their North Carolina data center”. The company’s been using these cells dubbed Bloom Boxes at its Cupertino headquarters for some time.

A Bloom Box provides for a 67 percent cleaner electricity compared to a typical coal-fired power plant or the grid because it produces electricity from natural gas or biogas.

MacRumors notes these boxes will be fed with natural gas from the grid.

Apple will be purchasing environmentally-friendly biogas from a local provider which will be inserted into the grid at a 1:1 ratio. This will keep the system as “green” as possible.

The eco-friendly facility will be installed by July 16 and is slated to go online by July 30. 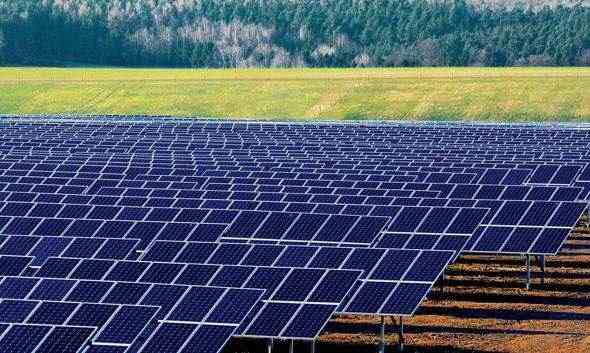 The 4.8-megawatt biogas cell farm is in addition to a massive photovoltaic electric generating facility that was also greenlighted by The North Carolina Utilities Commission last week.

Filed as the nation’s largest end-user-owned solar array not owned by a utility company, the first of two solar arrays in and around Maiden, North Carolina will provide 20 megawatts of power, or 84 million kWh of energy annually, and will tap an advanced solar tracking system to make the most out of the installation.

According to Reuters, Apple “plans to power its main, North Carolina data center entirely with renewable energy sources by the end of this year”.

How’s that for a clean cloud?