Ever since Samsung unveiled its new Galaxy S III earlier this year, we’ve seen the handset compared to the iPhone 4S in a number of different ways, including specs, voice control features, and even durability.

But up until now, we’ve yet to see a comparison like this. A new report is out this week claiming that Apple’s latest smartphone has been found to emit 3 times more radiation than Samsung’s S III handset…

Tawkon, the developers of the radiation-measuring jailbreak app of the same name, has released a new report regarding the SAR (Specific Absorption Rate – measure of the rate of absorption in the human body) levels of some of today’s most popular smartphones. And here’s the results: 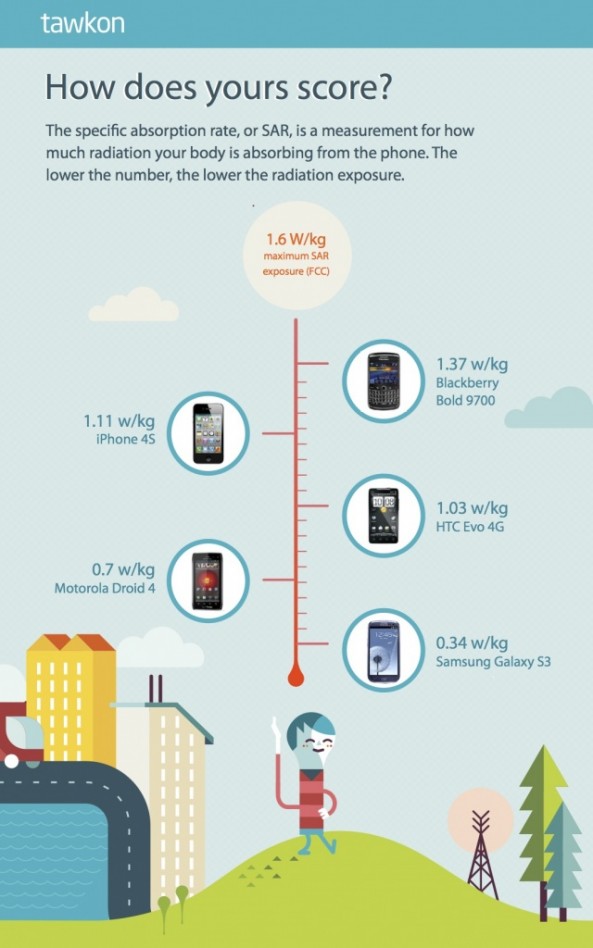 The long-term effects of the radiation emitted by cell phones is a topic that has been debated for decades. There’s a number of conflicting reports out on the subject, but nothing really concrete or definite.

The FCC does regulate this though, and has set a maximum SAR level (which all of these phones above fall way under). Expect to hear a lot more on this matter, as cell phone users continue to grow older.