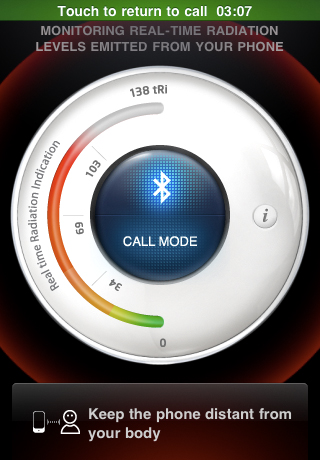 The Tawkon app would have probably gone unnoticed in the App Store, but not being approved by Apple in the first place is probably the best thing that ever happened to it.

The developer of the app had been in contact with Apple executives who apparently loved the app. Everything looked fine until they got an email from Apple saying their app couldn’t be approved.

The dev emailed Steve Jobs about it, asking why the app wasn’t approved, to which Steve replied “No interest”. Clear enough! So the developer decided to bring his app to Cydia…

Tawkon is now available via the ModMyI repo. The app supposedly measures the radiations emitted by your phone. I’m not sure if that really works, but if you decide to give it a try, make sure to lets us know what you think.

It’s free in Cydia. You can’t make that any cheaper.