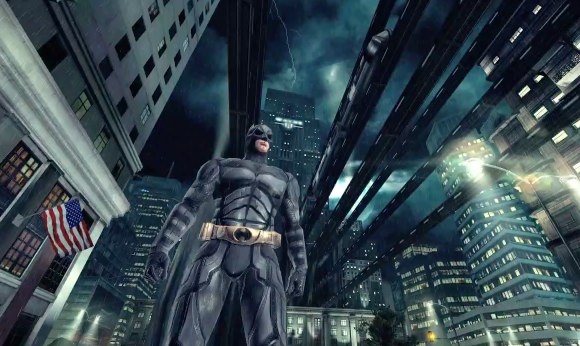 The Dark Knight Rises, the third and final installment of Christopher Nolan’s Batman trilogy, is set to hit theaters next week. And many critics are expecting the film to smash all kinds of box office records.

Gameloft is hoping that its new game, of the same title, is going to receive similar attention. With just a week left before launch, the firm has released an awesome new gameplay trailer. Check it out…

If the video’s not enough to pique your interest, perhaps this will. Some of the game’s features have leaked out over in the TouchArcade forums:

“Dozens of missions plus random events will make you feel all the thrill of being a superhero. Deal with hostage situations, bomb squads, jailbreaks and car chases to prove that you’re the true protector of Gotham.

A thrilling fighting system that puts you right in the heart of the action thanks to many different moves and cinematic effects.

Collect items hidden within the city to unlock upgrades and new fighting skills for Batman.”

Overall, the game looks impressive. But we won’t know for sure until it drops next week. The Dark Knight Rises is expected to hit the App Store on July 20th, and we’re guessing its price tag will be somewhere in the neighborhood of $7.