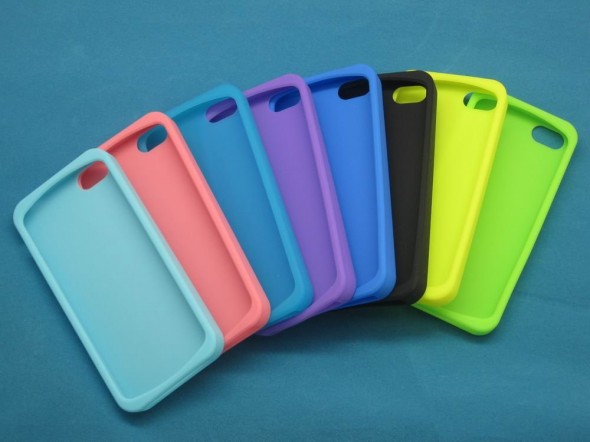 The rumor mill has been pretty active this week, coughing up more information regarding Apple’s next smartphone. In the last few days, we’ve seen not one, but two sets of pictures of purported engineering samples for the unreleased handset.

With that, it seems like the evidence is really piling up in favor of the taller, two-tone iPhone design that first surfaced back in May. And apparently that’s enough for accessory-makers, who are already churning out large batches of next-gen iPhone cases…

Macotakara points to a number of ‘iPhone 5’ cases that have recently popped up on Alibaba, an online marketplace based in China. And not only are these cases being made, and listed for sale, but vendors are buying them in large quantities.

The site opines that the reason for the sudden surge in sixth-generation iPhone cases is likely due to the fact that production is now in full swing. This would certainly make it possible for folks in the case-making industry to get their hands on real next-gen iPhone parts, but we’re not so sure we’re buying it.

For starters, we’re wondering why, given the amount of claimed part leaks we’ve seen over the past few months, Apple has remained completely silent. No image takedowns, no cease-and-desist orders, nothing. It seems odd that Tim Cook and company would just sit idly by while all of the details of an unreleased product were revealed.

We also shouldn’t have to remind anyone of last year’s ‘iPhone 5’ fiasco, in which tens of thousands of cases were made, based on a design that never happened. It’s certainly possible that this has happened again.

That being said, there isn’t just case evidence this time around. We’ve seen multiple leaked components (from different sources), heard reports from industry insiders, and have even seen design schematics — all pointing to the aforementioned two-tone design.

Honestly, we’re not sure what to believe at this point. But what we do know, is that with Apple expected to unveil its new smartphone in just a few short months, things are starting to get really interesting.

What’s your take on all of this? Will we see the two-tone iPhone design this fall?