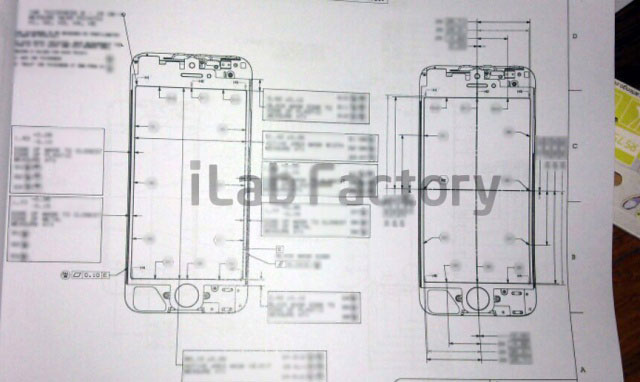 Another day, another leak. This one comes vi a Japanese blog with a somewhat mixed, albeit strong track record of Apple rumor reporting. The site published this morning an image that appears to be design schematic of the front panel of Apple’s next iPhone. It appears to corroborate previous leaks, also suggesting a slight FaceTime camera tweak…

According to Macotakara, the design schematic was first published by iPhone repair firm iLab Factory.

The image is in line with a previously leaked front panel and an aluminum-clad back plate in that the drawing depicts a slightly taller appearance, presumably to accommodate a four-inch screen.

Another interesting observation: looks like a front-facing FaceTime camera has moved from the upper left to the center, right above the earpiece.

It’d be wise to take those leaks with a few pinches of salt.

For all we know, it could all be a hoax.

A good example is yesterday’s back plate part. 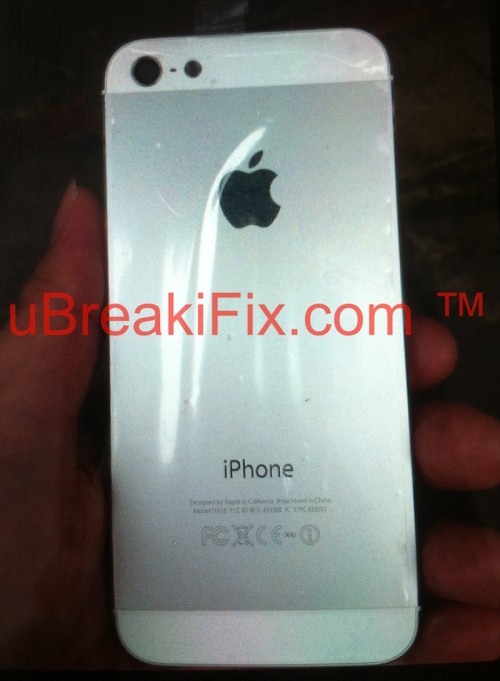 Notice how the font for the iPhone 5 name is slightly different compared to your real iPhone?

Then again, if someone went to great lengths to produce this elongated shell, wouldn’t they at least have the mental capacity to get the font right?