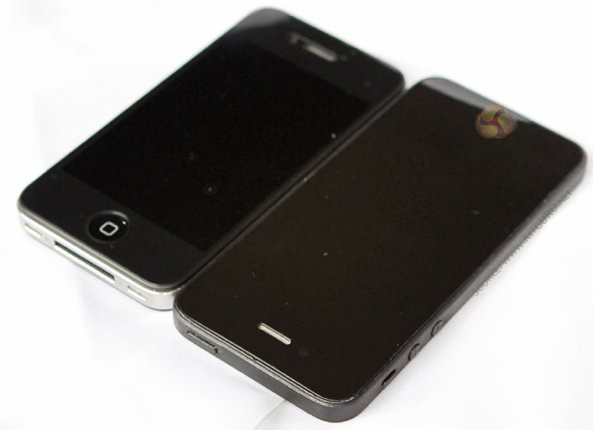 Note that KitGuru is a case maker so this could just as easily be their internal mold interpretation of what the next iPhone might look like, based on the same rumors you’ve been reading in the press lately.

On its part, KitGuru notes says the images represent “a pre-release test sample so its safe to say it will be ‘cleaned up’ for the retail release”. By teh way, we have no idea why KitGuru watermarked the home button in every image. That said, we’re reporting those here for discussion’s sake purely.

All things considered, I must say that I’ll be terribly disappointed if the next iPhone ends up looking exactly like the iPhone 4/4S, only taller and rocking a metal backplate.

True, there’s only that many ways one can design a smartphone, but the current design is now two years old. And while there’s no doubt that the iPhone will continue to dominate mindshare and retain its lust factor, I have a feeling even most die-hard fans desperately want a distinctively re-deigned iPhone.

People want their friends to know they upgraded.

Am I the only one having a problem with the next iPhone’s looks?