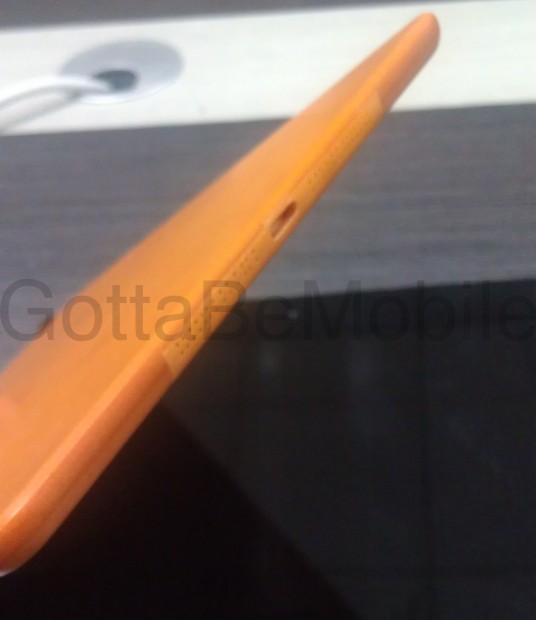 Hot on the heels of the iPhone 5 engineering samples we saw earlier today, comes new photos showing what is claimed to be a case mold for Apple’s rumored iPad Mini.

The images surface in the midst of tons of ongoing speculation that the Cupertino company is set to unveil a smaller iPad this year, to help it expand its popular tablet line..

The images come from GottaBeMobile, who also happens to be responsible for the earlier iPhone report.

“Exclusive photos of an iPad Mini engineering sample provide a first look at the iPad Mini design and hints at possible iPad Mini features. The new iPad will be the thinnest Apple tablet yet, as one of the photos shows.

Photos of the iPad Mini engineering sample come from a trust source inside the Apple supply chain.”

Interestingly enough, the case mold in these images falls in line with a number of previous reports regarding the rumored device. Last week, Macotakara reported that Apple was preparing production of a smaller iPad that is “almost as thin as an iPod touch.”

Also of note is the fact that the hole for the dock connector in the mold appears to be the revamped 19-pin dock connector that is expected to turn up in this year’s iPhone. It makes sense that Apple would want to implement the new port across all future devices.

Obviously, there’s no way for us to confirm the legitimacy of the above photos. But we have to admit, they are interesting, given the amount of recent iPad Mini chatter.