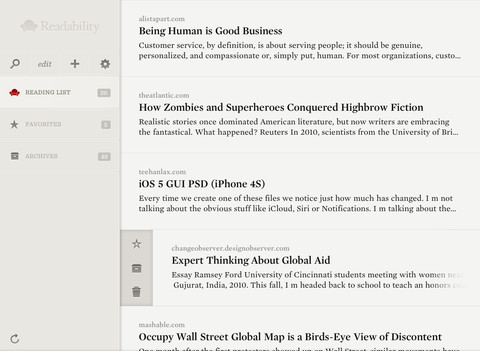 Clean reading client for iOS, Readability, hit the iOS platform with a beautiful native app back in March and today has brought us a major update, bringing out new features such as a new pagination method, much improved article discovery via curated Top Reads and Longform Picks, in addition to all-around speedier performance and other subtle tweaks…

As far as article discovery goes, Readability 1.1 adds two new weapons to its arsenal: Top Reads and Longform Picks. The first is a list of articles cherry-picked for you by the Readability team while the other taps long form reads provided by longform.org.

The company explains in a blog post that Top Reads goes beyond page views to surface content folks are engaging with the most, adding that the average time spent on a Top Reads piece is over four minutes, “virtually unheard of in most online content circles”.

Time-to-read counts have been integrated throughout the app to help you select the next piece to dive into and the app’s interface and the overall performance has been dramatically improved with eight times faster syncing and all-around nimbler and more responsive feedback.

Apparently, developers took advantage of the latest iOS software and hardware improvements “to squeeze every drop of performance out of this release”.

Another design enhancement some folks might love: double-tap to scroll ahead a page at a time. If you prefer old-school scrolling like I do, you can still just swipe up and down to move content in an inertial fashion. 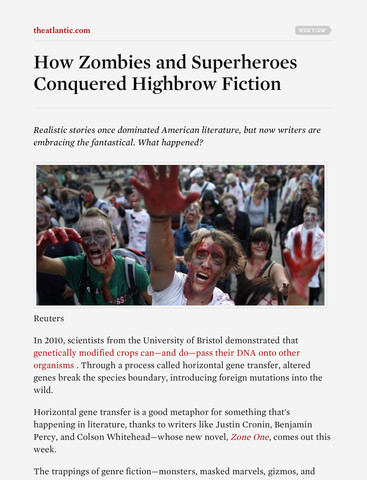 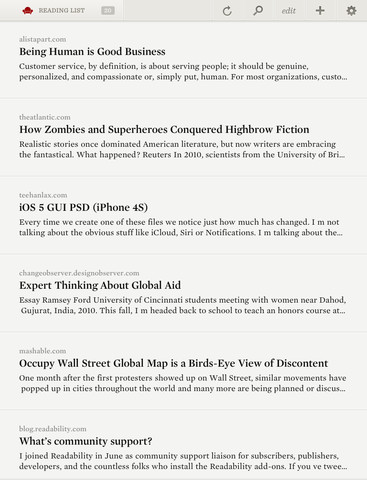 – sync your reading list faster thanks to huge performance improvements
– Top Reads and Longform Picks reading lists help you discover new content
– time-to-read display shows you the quick or long-form reading you crave
– double tap while reading to intelligently page up / down
– watch YouTube and Vimeo videos in-app (as well as those embedded in articles)
– as of June 30, 2012, Readability no longer accepts reader fees

Readability 1.1 is a free download and it supports both the iPhone/iPod touch and iPad natively. And here’s a clip showcasing the new double-tap to scroll pagination method.

For some members of the iDB team, myself included, Readability is way better than Marco Arment’s otherwise excellent Instapaper client which, however, feels stuck in the past with its at times cumbersome interface. That optional membership fee (three bucks per each three months) to unlock advanced features doesn’t help either (not like Readability hasn’t tried that, mind you).

Do you prefer the elegant Readability app with its flashy features or good ol’ Instapaper? Or perhaps neither is your thing and you instead rely on Pocket (formerly Read It Later)?