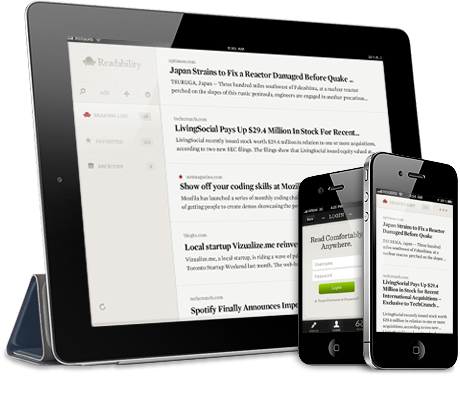 Popular online reading service Readability has announced several big changes, including the long-awaited release of a native iOS app in the App Store. Not only that, but Readability will now be free for everyone, with users able to subscribe for a small fee to gain access to the “premium” experience.

Like Instapaper and Read It Later, Readability makes it easy to save and read articles online across a variety of devices. While many of the platforms’ features overlap, Readability offers several things that services like Instapaper do not.

Readability was caught in a debacle with Apple months ago when Apple started allowing for in-app purchases. Developers could let customers subscribe to their service in-app, but 30% of the revenue would be collected by Apple.

Readability was a paid service at the time, and it argued that 70% of its in-app revenue would already go to the publications that create the articles people read on the platform. Because Readability pays publishers to strip articles of ads for a cleaner reading experience, the developers argued that adopting Apple’s in-app revenue model would take away any chance of creating a profitable business. 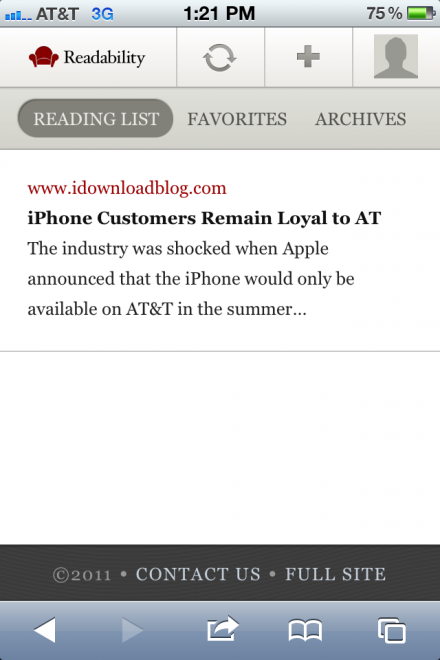 Instead, Readability created a beautiful and full-featured HTML5 web app for iOS that let users read saved articles on the go and mange their accounts. The small monthly fee coupled with the lack of native app integration kept Readability from really gaining traction over other popular solutions, like Instapaper.

As of today, Readability is now free for anyone to use. The developers have noted that an official App Store app has been submitted to Apple for review, and Readability for iOS is teased on the service’s website.

With this release, Readability is available at no cost. Sign-up and you’ll have your own profile and reading list in no time. Both Readability accounts and our companion apps will always be completely free, but we also offer a premium experience for users who want additional features and an easy way to support their favorite writers and publishers.

If you’re unfamiliar with Readability, you may be wondering what it has to offer over Instapaper and Read It Later. All three services specialize in letting you read webpages later (a more modern approach to bookmarking, essentially), and they all give you the ability to read articles online in a clean, minimal, ad-free layout.

Here’s an example of what Readability looks like on the desktop: 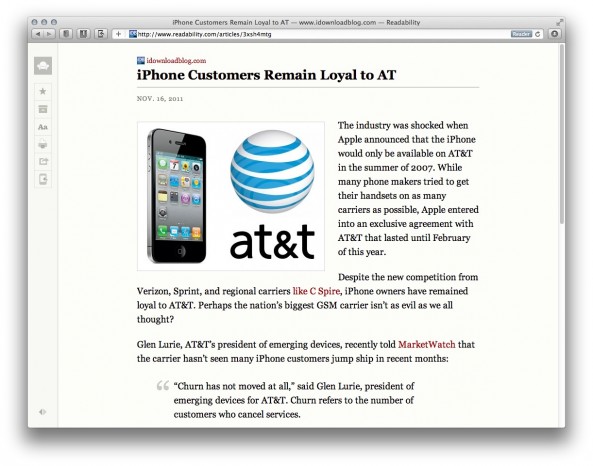 By simply clicking on the Readability extension in your browser, the webpage you’re viewing is converted to a bare bones layout that focuses on letting you read. You can customize aspects like the font size and background color, and save any webpage you come across for later to be read on any supported device. There are extensions for browsers like Safari and Google Chrome.

Readability integrates with many popular iOS apps to let you save articles from a variety of places. Reeder, a very popular RSS reader app for the iPhone and iPad, allows you to send articles to Readability (as well as Instapaper and Read It Later) within the app. You can also tap the Readability ‘couch’ icon to read truncated articles in their full form. 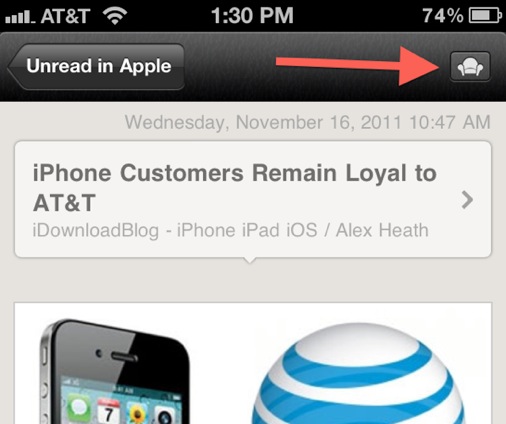 Does Readability have more to offer than Instapaper or Read It Later? It depends on who you ask. Readability has some cool perks, like the ability to send articles to your Amazon Kindle.

While Apple’s own Reading List feature in Safari lets you read webpages on the desktop in the same way, articles can only be synced across versions of Safari on different devices. Readability, Instapaper, and Read It Later all exist on different browsers and platforms.

Readability is limited in its newest state in the sense that the free version only lets you view the last 30 articles that you’ve saved in your reading queue. For $5 a month, you can have access to everything Readability has to offer, including unlimited reading, archiving, an Amazon Kindle Daily Digest of your recent stories, and the knowledge that you’re helping support the publishers that make great content available online.

Should you switch from Instapaper or Read It Later to Readability now that it’s free? That’s a difficult question. Since it’s free, we recommend giving Readability a try to see what you think. When the iOS app drops you’ll have a much better sense of the service and whether it’s right for you or not.

Let us know what you think of Readability in the comments. Do you still prefer services like Instapaper? Or is Safari’s Reading List feature enough for you?