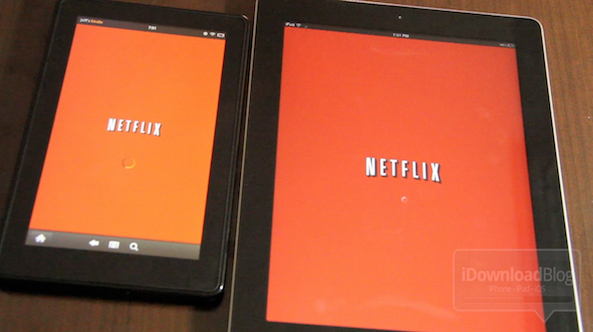 I finally acquired my highly anticipated Kindle Fire this morning, and I’ve been putting it through its paces all day long.

It’s a decent first attempt by Amazon, and it has tons of potential, but it still suffers from the fact that it’s a first generation device.

Even still, we thought it only appropriate to compare Apple’s latest tablet to Kindle Fire. How does the iPad 2 stack up to Amazon’s debut entry into the tablet race? Check out the interesting — yet ultimately unscientific — video comparison inside…

Surprisingly, Kindle Fire held up pretty well in two out of three of our tests. Kindle Fire is really fast when it comes to Netflix streaming, though that could be due in part to Netflix’s new Android interface.

Overall, though, there’s absolutely no comparison between the two. The iPad 2 is just insanely more polished in all facets when compared to Amazon’s tablet. It really makes you appreciate all of the work that Apple goes through to get their hardware and software performing just right.

Did you buy a Kindle Fire? What do you think about the two tablets? Is there room for both in the tablet market? Sound off in the comments below.