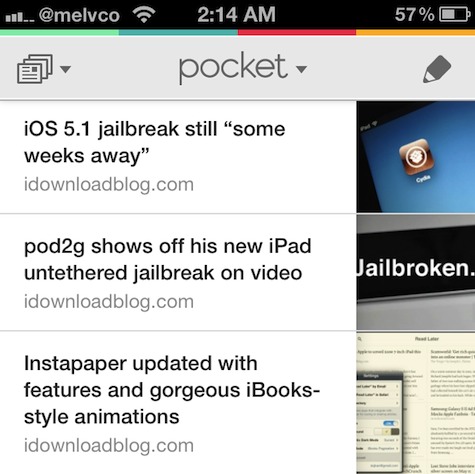 For those of you who aren’t familiar with Pocket, it’s essentially the reincarnation of Read It Later. The service allows you to bookmark and organize your favorite articles, videos and other web content for later viewing.

About a month ago, the Read It Later team released Pocket 4.0 for the iPhone and iPad — the first app released under the new brand. And while the client was great before, it just got a whole lot better…

If you use any ‘read later’ service, and haven’t tried Pocket yet, I strongly urge you to check it out. The app, for both the iPhone and iPad, is extremely sharp. And the price is right too. You can download Pocket from the App Store, for free.

What do you think of Pocket?