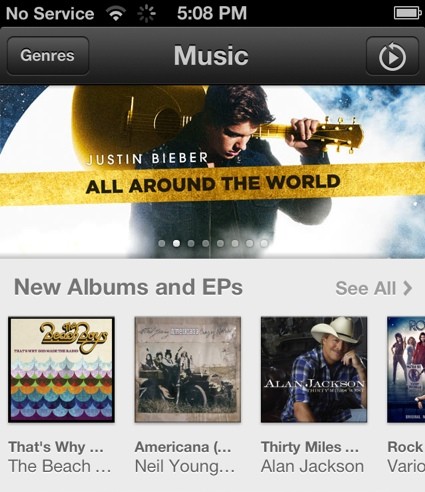 It appears that Apple is continuing its aggressive international push this week. Just a few days after launching the App Store in 32 new markets, the company is now looking to roll out its iTunes Store into 7 new Asian countries.

Update: this article and its title have been updated to reflect Apple’s official announcement…

The seven Asian countries to see their own full iTunes Store will be Singapore, Malaysia, Thailand, Indonesia, the Philippines, Taiwan and Hong Kong. This move by Apple will allow users in these countries to have access to the millions of songs, movies and television shows.”

MacRumors points out that movie listings and music have already gone live in some iTunes Stores, in the various countries listed above. But as of yet, there are no sign of TV shows.

Regardless, this launch is huge for Apple, as content licenses are extremely hard to negotiate. That’s why music and movies are only offered in about 50 countries, compared to the 155 countries that the App Store is in.

Update: it looks like e27’s report was only about half right. Apple just announced that it’s launching its iTunes Store in 12 new countries (not 7) this week including Hong Kong, Singapore, Taiwan, Brunei, Cambodia, Laos, Macau, Malaysia, Philippines, Thailand, Sri Lanka and Vietnam.

In addition to the iTunes Store, these countries are also getting iTunes in the Cloud, as well as iTunes Match. So if you live in one of the above-mentioned regions, you’re iDevice just got a lot more useful.