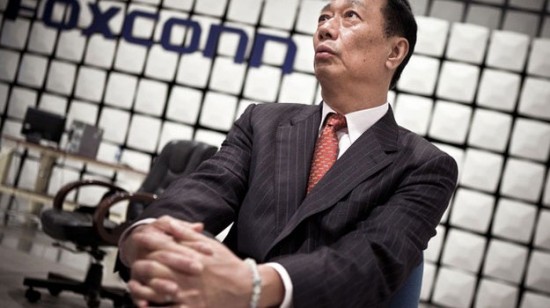 So this is rather interesting: Apparently Foxconn’s CEO Terry Gou has been sharing some of his famous words of wisdom lately, advising consumers to wait a bit before making their next smartphone purchase.

Speaking at the company’s annual shareholders meeting, Gou told investors to hold off on buying the new Samsung Galaxy S III, claiming that Apple’s next smartphone would put the handset to shame…

“Gou also urged consumers to wait for the launch of Apple’s iPhone 5, saying that the new model would put Samsung’s Galaxy III to shame.

With Hon Hai’s marketing and manufacturing strengths and Sharp’s key technologies, the two will be able to defeat their arch-rival Samsung, the chairman said.”

That’s a pretty confident statement, to say that a device — which isn’t expected to be announced for several months — is already better than one that reportedly pre-sold more than 9 million units.

What’s Gou thinking? Perhaps he’s being a corporate cheerleader — Apple is one of Foxconn’s largest partners. Or maybe the CEO has already seen the next iPhone, and is simply speaking the truth.

Whatever his reasoning, we have to agree that folks in the market for a new smartphone should wait a couple of months before purchasing. With rumors of a larger display, LTE compatibility, and an almost-certain redesign, this year’s iPhone is shaping up to be one of the most significant in the handset’s history.