Unfortunately, Apple doesn’t divulge iPhone unit sales on a per-country basis and only breaks down sales by region such as Asia-Pacific, North America, Europe and so forth…

According to the MM Research Institute study, pointed to by the Macotakara blog:

Focusing on smartphone market, Apple got 1st position as 30% share by handset vendor. Androids got 69% share by platform, and iOS got 30%. 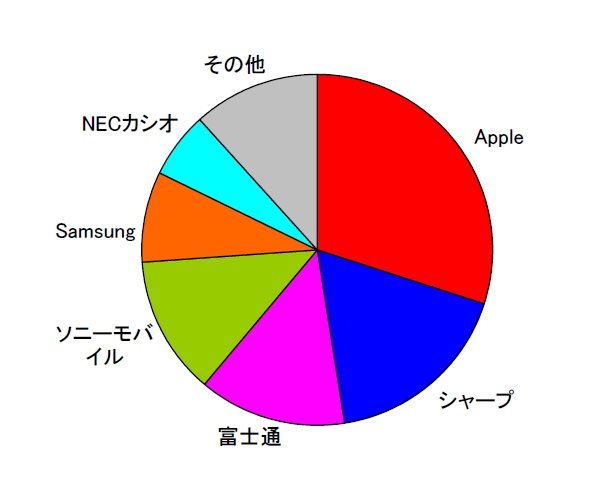 Per latest comScore metrics, the iPhone outgrew Android in Japan during the three months ending in February.

Apple’s phone climbed 1.3 percentage points to take a 34.2 percent share of the 19.3 million smartphones that shipped in Japan during the quarter. At the same time, Android’s market share was 61.4 percent, a 0.3 percentage point increase.

Together, the two platforms accounted for a staggering 95.6 percent of all smartphones sold in Japan. Just one in five own a smartphone in the 128 million people market.

Another study has Apple becoming the top consumer brand in Japan, largely thanks to iPad’s popularity.