As Apple’s influence across industries continues to grow, so does its reputation among consumers the world over. The latest example is Japan, the country infamous for its fickle consumer and, at times, odd expectations with everyday gadgets (at least by Western standards).

A new study puts Apple as the top consumer brand in Japan – and for the first time, too. The achievement echoes a sentiment shared in a survey earlier this week, saying that half of all households in the United States now own at least one Apple product.

According to Nikkei, a large media corporation in Japan, an annual brand evaluation survey of consumers by Nikkei BP Consulting Inc. conducted online over November and December of last year had the Cupertino, California-headquartered gadget designer score 90.5 points out of 100 for total brand power.

Apple catapulted from 11th last year. Its iPad tablet computer and two other key products also made the list for the top-40 brands. In a survey of businesspeople, the U.S. technology giant took second behind Toyota Motor Corp.

Overall brand power scores were calculated based on the responses of some 52,000 people aged 18 and older and targeted a thousand consumer brands.

Sample size is certainly large enough – after all, 52,000 people can’t be wrong.

In years past, we’ve seen Apple re-inventing itself as a consumer electronics powerhouse with a lineup of iOS devices.

The process began at the 2007 iPhone introduction, when Steve Jobs wrapped up the MacWorld keynote by announcing that Apple was dropping “Computer” from its name, becoming only “Apple, Inc.”. 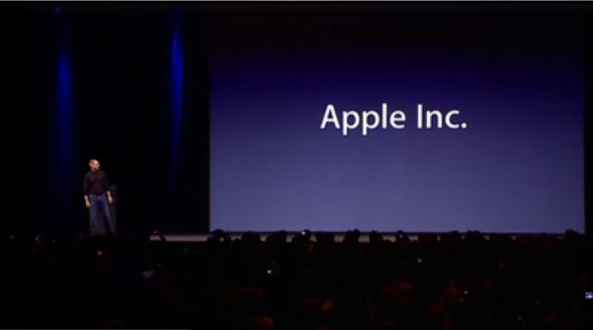 And at the 2010 iPad introduction, Jobs took it even further by calling Apple the largest mobile devices company in the world, by revenue. 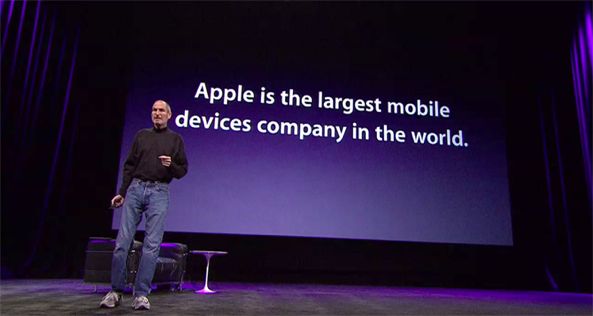 And with a full-blown TV set reportedly on the horizon for a 2013 release and other consumer electronics products likely on their roadmap (can you say digital cameras), I think Apple is well on its way to becoming the Sony of the 21st century.

Or has the company already achieved this status?

Chime in with your two cents down in the comments.