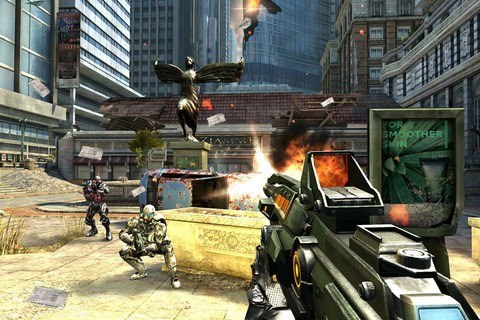 Last week, we told you about Gameloft’s upcoming new first-person shooter, N.O.V.A 3. And with its stunning graphics and Halo-esque gameplay, the latest iteration of the popular sci-fi series looked pretty impressive.

Well for those of you who have been looking forward to playing the game on your own iOS device, we’ve got some good news for you. It appears that N.O.V.A 3 has just landed in the App Store…

Honestly, we feel that Gameloft’s preview of the game was enough to warrant purchasing the app. But for those of you who need a little bit more convincing, here’s some of N.O.V.A 3’s most compelling gameplay elements:

N.O.V.A 3 is a universal app, for both the iPhone and the iPad. And if you’re interested, you can grab it from the App Store for $6.99.