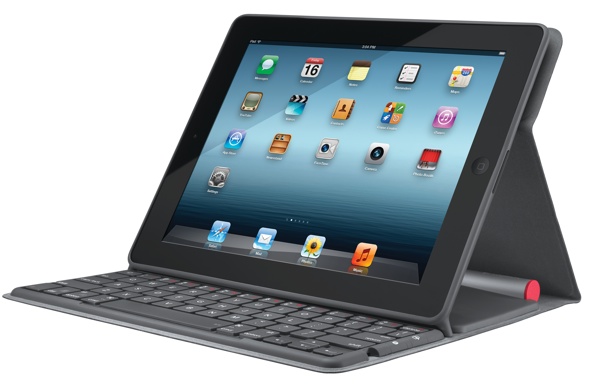 Logitech makes some really nice accessories. Their latest thing, the Solar Keyboard Folio, is a wireless light-powered keyboard for your iPad which also doubles as a cool protective case.

It’s definitely an interesting add-on in that it takes cues from Logitech’s range of solar-powered desktop keyboards.

The Folio converts light to power using on-boad solar cell, charging the built-in Bluetooth keyboard in any light, whether indoors or outdoors…

A press release describes the accessory as “a smart partner for your iPad” that doesn’t add bulk to the device.

It works in portrait or landscape and supports both the new iPad and iPad 2.

Just like Apple’s own magnets-based Smart Cover, the Folio also wakes up your iPad automatically when you open it and goes on standby when you close it.

You can pre-order the Solar Keyboard Folio at the Logitech online store, priced at $129.99. It’s going to become available in the United States and Europe later this month, Logitech said.

This thing definitely looks like a must-have iPad companion for those who need both extra power on the go and stylish protection for their device.