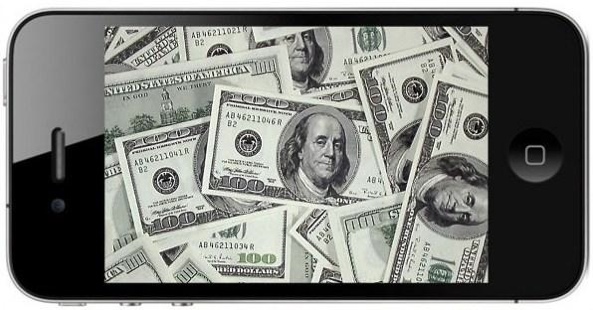 Apple may be poised to become the world’s first trillion dollar company thanks to the iPhone, but sustainability of  the pricey handset is now being put into question. One prominent analysts warns that United States carriers such as AT&T – faced with plummeting margins at a six-year low – are now considering reducing iPhone subsidies and adopting stricter upgrade policies.

If instituted, these changes could result in a more expensive iPhone and an estimated worldwide drop in sales of 27.5 million units in the June quarter, with a revenue estimate $1 billion below consensus…

Blame it on “aggressive” upgrade policies instituted by the world’s carriers. That’s the crux BITG Research analyst Walter Piecyk wrote in a Monday note to clients (via AppleInsider):

Operators, unwilling to stall the pace of ARPU growth, offered generous upgrade policies including some that enabled a fully subsidized phone upgrade only one year in to a two year contract. We expect those policies to change as the faster upgrade rate of smartphones compared to legacy feature phones has been a costly surprise to post-paid and pre-paid operators, alike.

As a result, Piecyk expects that iPhone sales in the United States will decline four million sequentially to nine million units, resulting in a worldwide drop in sales of 27.5 million units in the June quarter.

Apple retook the title of the world’s leading smartphone maker from Samsung by selling an astounding 37 million iPhones during the holiday quarter.

Interesting enough, the analyst warns carriers are banding together on this initiative. This indicates to me that carriers are growing wary and jealous because profit from the iPhone business is not being split fairly.

Philip Elmer-DeWitt, writing for Fortune, gave this quote from Piecyk’s note to clients:

The commentary by wireless operators is likely to be decidedly more firm in how they plan to continue to hold back the rising phone upgrade rates that are hurting their margins. Even weak operators like Sprint, which has a large contractual commitment with Apple, will likely experience a decline in iPhone sales based in part on changes to its upgrade policies last year.

They will not be alone as we expect a similar trend at Verizon, Deutsche Telekom, Vodafone, America Movil and Telefonica, to name a few. In the United States, we expect iPhone sales to decline 4 million sequentially to 9 million with the largest impact coming from AT&T, Apple’s largest customer.

He wrote that carriers will “stunt the pace of phone upgrades” in 2012, beginning this quarter, dismisses the rumors of an Apple HD TV set launch in 2012 and downplayed the Chinese market.

The analyst also did what analysts rarely do, downgrading AAPL from “neutral” to “buy”. The company is scheduled to report quarterly earnings in two weeks. 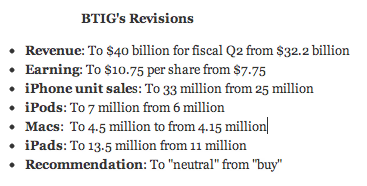 The iPhone is one expensive device to sell even if its users are more valuable to wireless companies than a typical smartphone owner. Wireless operators in the United States spend billions in upfront payments to Apple.

For example, fourth-largest Sprint Nextel had to cough up a whopping $15.5 billion to get an estimated 24 million iPhones. For each iPhone, carriers pay an estimated $600-plus, selling it to consumers for $199 or less with a two-year contract.

The service contract gradually covers cost of subsidy, allowing your carrier to eventually recoup their investment and profit. iPhone subsidies are the highest in the industry because it’s such an iconic device that attracts people.

But with four major carriers now selling the iPhone in the United States and a bunch of local ones either offering or about to offer it, customers are less inclined to switch their network just to get an iPhone. As a result, churn rate is dropping and so are the carriers’ margins.

At the same time, Apple’s margin on the iPhone business remains the envy of the industry as the company continues to gulp up well over half the mobile phone industry’s profits.

We’re only speculating here, but if carriers are really banding together to drop iPhone subsidies, Apple may be forced to make its phone more affordable to everyone.

What do you think, is a $600-plus iPhone really sustainable for carriers? Perhaps that’s just a lame excuse the carriers need to conspire and break Apple’s tight grip on the wireless industry?

The Wall Street Journal columnist Walt Mossberg once likened them to “Soviet ministries” for a good reason, that’s for sure.