Apple’s dedication to secrecy is the stuff of legends. We’ve heard a number of stories regarding the elaborate measures the company takes to ensure that unannounced products and other projects never make it outside its walls.

So as you can imagine, photographs inside Apple’s headquarters are fairly rare. But the folks over at Apple Gazette have put together an extensive gallery of pictures taken inside the building, so we thought we’d share a few of them… 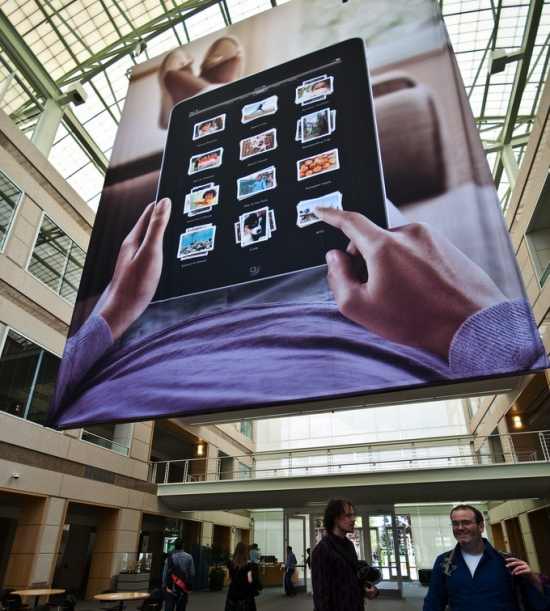 Once you enter Apple’s headquarters, you pass by a large reception desk — where most folks are asked to put away their cameras. But just beyond that, is the building’s atrium. Outfitted with tables, couches, and apparently iPad signage, this is one of the most popular places to hang out at Apple. 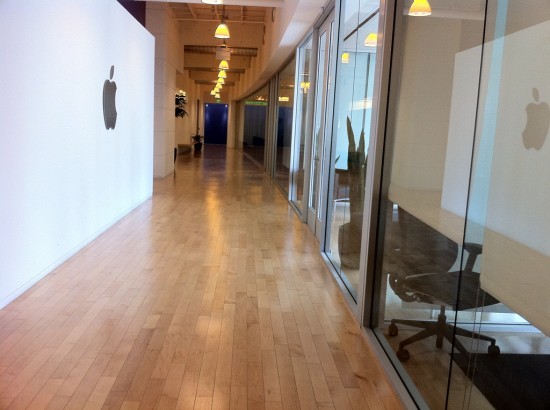 Venturing down any one of Apple’s many corridors might look like this: glass walls and wooden floors. But don’t get too excited, chances are if you’re allowed in the area, there’s nothing awesome going on. It’s well known that Apple’s R&D and design labs are accessible by only a handful of people. 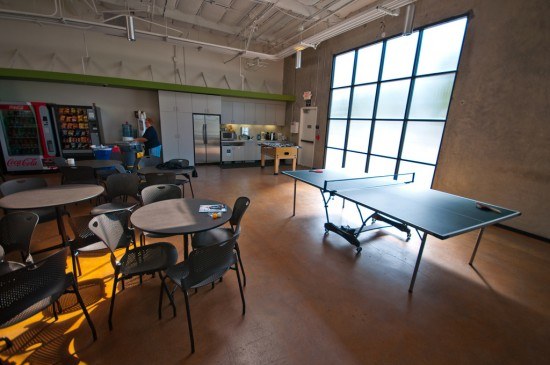 This, obviously, is one of the recreation rooms on Apple’s Cupertino campus. When they’re not working on the next iPad or iteration of iOS, Apple employees can come here to play ping pong, foosball, or just relax.

If you found these photos interesting (or not interesting enough) be sure to visit Apple Gazzette’s full gallery.

What do you think of Apple’s headquarters? Would you want to work there?