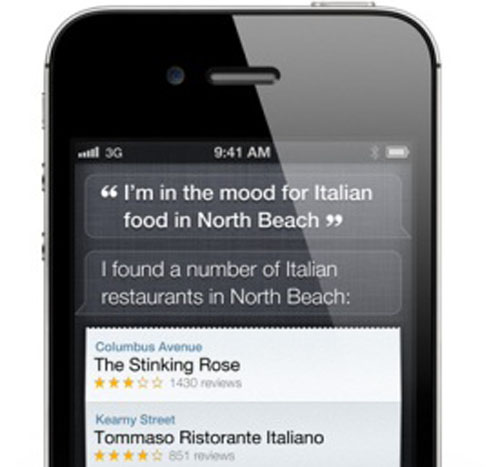 Siri has always returned Yelp-rated businesses on a number of queries, but tapping those results haven’t always taken you straight to the Yelp application. Well, now it does…

“Well, last week, Apple launched iOS 5.1 and with it, an updated Siri and Yelp integration on iPhone. Now when searching for a recommendation on local businesses, Siri will return Yelp-reviewed businesses and when you tap the star rating (BOOM!) you are immediately taken to the Yelp business profile page. Oh, the places you’ll go.. now that you’ll have faster access to Yelp review highlights, quick tips, hours of operation, address, phone number, photos — the list goes on.”

On the surface, this may not seem like a very big deal. But this is one of the first signs we’ve seen that Apple is willing to allow Siri to access information from a third-party application. What’s next? Facebook? Twitter?

What third-party app would you like to see integrated into Siri?