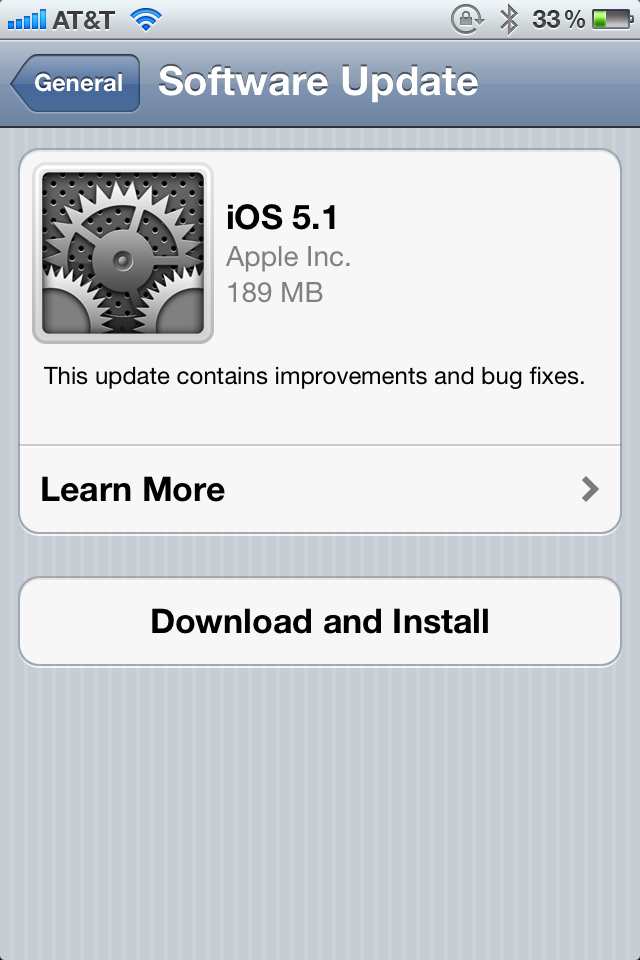 Following its media event that just ended, as promised, Apple has just released its iOS 5.1 update. The new update, which has a nice list of features, is now available in a 180MB over the air update.

The most notable features for iOS 5.1 include Siri support for Japanese users, a new camera app for iPad, and a new camera shortcut. 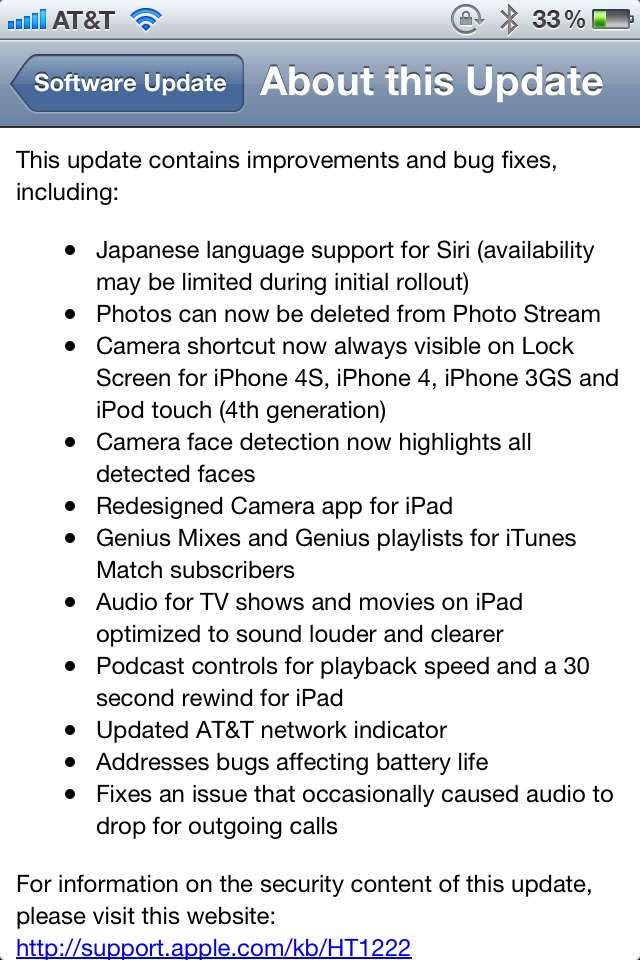 As expected, if you download Apple’s iOS 5.1 you will be losing your jailbreak.

If you’re having trouble downloading OTA, you can download iOS 5.1 directly from our downloads page until it hits iTunes. iOS 5.1 should be available on iTunes soon, with iTunes 10.6 launching around the same time.

We’ll be back in a few minutes with a hands-on of iOS 5.1’s new features. Stay tuned!